A New York Supreme Court judge has thrown out a lawsuit filed by the GOP to oust Democratic Candidate Abby Katz from the election for Mamaroneck Town Council. 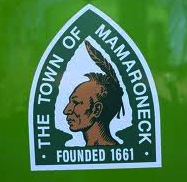 Those who follow hyperlocal politics know that The Town of Mamaroneck Republicans filed a lawsuit on behalf of Republican town council candidate Seth Marcus against Democrat Abby Katz in state Supreme Court. This is because the GOPers say “this was a ploy” to put Katz on the ballot for Town Council.

Incumbent Democratic Councilman David Fishman’s name was on the original petition, even though he did not plan to run for re-election.

In June, outgoing Democratic Town Councilman David Fishman announced he did not plan to seek re-election but had agreed to have his name appear as a “placeholder” on ballot petitions until Democrats could find somebody else to run alongside incumbent Phyllis Wittner. After Democrats gathered signatures, Fishman formally declined the nomination in mid-July, and a special committee of town Democrats named Katz for his slot.

Attorney Don Derrico, chair of the Mamaroneck town Republican Committee argued the move was illegal and that Katz should not be allowed to appear on ballots for the Sept. 13 Democratic primary nor the Nov. 8 general election.