It’s 2015. Do you Know Where Larchmont’s Streetscape Is? 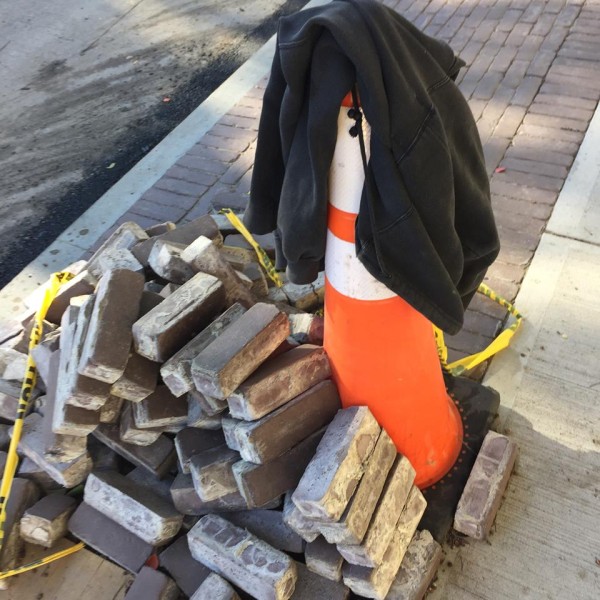 It’s Fall and we are seeing a lot of orange. You’re probably thinking pumpkins and turning leaves, right? Not so much. Think orange construction cones and barriers instead…the Larchmont Streetscape beautification project.

A venture plagued by delays, the beautification project has been on going for more than three years. theLoop has been tracking it since business owners were first asked to help subsidize the improvements in 2009, and Pine Brook Park became a holding zone for construction vehicles in 2013.

“When I drove into the Village this morning, I was so depressed. Orange cones and barrels everywhere, piles of dirt and bricks, debris in the tree wells, plywood over areas where trees may or may not get planted, unaligned lamp posts, and now that horrible plywood build out in front of the old Larchmont 5 & dime,” writes Pink on Palmer owner Judy Graham. “The town looks TERRIBLE.”

Mayor Anne McAndrews, who has endured two contractors, one of whom defaulted, missed deadlines and angry complaints by residents, store owners and visitors, has said the work is to be finished by the end of October.

“Sadly two of my customers got flat tires while parking on Palmer,” writes Lesley Barovick, on Facebook, owner of Groove Performing Arts. “I’m glad to see that asphalt is going down.”

Be careful out there.