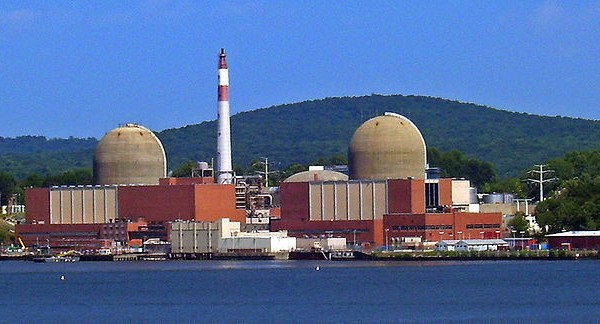 Entergy Nuclear, owner of Indian Point, has agreed to increase monitoring of  the Hudson River and groundwater near the plant for radioactive leaks and to post this data online, as part of a negotiation with environmental groups during hearings in Tarrytown on the renewal of the plants’ license this week. (See our previous coverage.)

The hearings also have focused on which pipes at the plant might be more likely to suffer from corrosion and questions over estimates for the cost of relocating residents following a radioactive accident.

The three federal administrative judges conducting the hearing  reportedly noted that  the daily relocation allowance for a family of five, estimated at $230, was “out of sync”  with the costs in the New York area. The estimate apparently  is based on the cost of relocation at several other less expensive sites around the country.

“I think you could probably buy a hotel in . . . Mississippi,” he said, referring to the area around one of the plants used in the formula, “for what it would cost you to stay in a hotel for a week in New York City.”

The judges also heard testimony from State Attorney General Eric Schneiderman’s office on the broader issue that Entergy does not adequately estimate the costs of cleaning up contaminated lands and buildings in the region around the plant in the event of a radioactive leak or accident.

To answer your question,it’s not really the fox guarding the hen house in this case because it was a three-party settlement between Riverkeeper, Hudson River Sloop Clearwater, and Entergy.The settlement reflects the fact that Entergy already monitors two locations–one is upstream and the other is immediately in front of the reactors– but is now adding an additional monitoring area in Haverstraw Bay, which is downstream from the plant. Entergy does quarterly testing which is required of them by NRC.
The third testing area downstream will provide additional importantant data in case leaks migrate to the larger area of the river as Haverstraw Bay is a wide point in the river. This was requested in response to a 2005 incident where water leaked from spent fuel pools. Also the data will be more accessible online — it is said that Entergy will have it on their site later in 2013. Now just the NRC site has it and it is harder to get to.
Hope this clarifies things a bit.

Isn’t this the fox guarding the hen house, again?