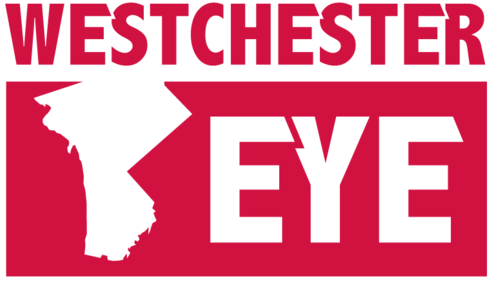 According to FireDepartment.net, there are 102 fire departments and fire stations spread around the whole of Westchester County.

The Village of Larchmont, Village of Mamaroneck and Town of Mamaroneck each have one. The question is why? Why does such a compact area comprised of two villages, the Unincorporated area and part of Rye Neck need three separate departments?

Paul Feiner, the Greenburgh Town Supervisor, has been wrestling with that very question for years; in the past few months Feiner has been tirelessly pursuing creating a petition to force a referendum to consolidate the Fairview Fire district with the Hartsdale Fire District. He is doing that to reign in high taxes in his town.

The town has three paid fire chiefs and only one paid police chief covering unincorporated Greenburgh. That’s in addition to volunteer fire departments spread around the villages that dot Greenburgh, like Ardsley and Dobbs Ferry. Fire chiefs in the paid departments in Greenburgh each earn more money than the chief of the New York City Fire Department and the Greenburgh police chief.

Firefighters are heroes who go into buildings everyone else is running out of. But the era of overlapping departments with highly paid chiefs poses a question local communities are starting to ask. So far this year, the Town of Mamaroneck has responded to a single fire on March 20 in Larchmont at the 37 Woodbine Ave. home of former Manhattan prosecutor Michael Cherkasky. That is according to the department’s website. The fire drew over 100 firefighters from local Westchester firehouses and was brought under control in 45 minutes. There were minor injuries to contractors working on the house.

Does the Town of Mamaroneck really need three separate fire departments? That’s a good question for local taxpayers and elected officials. What do you think?

Most home insurance companies each have their own calculation for determining home insurance premiums. The driving force behind rates is the likelihood a homeowner will file a claim – the “risk.”

The age of the home, the material the home is made of (frame or masonry), amount of coverage, location of fire hydrants and a fire station within 5 miles, are the next most important factors. Although they definitely contribute to annual premiums, these other factors aren’t weighed as heavily by home insurance companies.

The comments read like a lot of Mamaroneck fire fighters were “inspired” to respond (who else has the detailed information about recent department events). Fact is – there is a whole lot of waste by our fire departments – e.g., the special motorized mini-car purchased so that the Town councilperson “overseeing” the department didn’t have to walk around the quarter block station area; and needless noise pollution. Is the department for the public’s safety or to provide the volunteers with a place to gather, machinery to operate and trucks to drive?

“So far this year, the Town of Mamaroneck has responded to a single fire on March 20 in Larchmont at the 37 Woodbine Ave.”

This is incorrect. For example, just this weekend, the town fire department responded to a fire at one of the apartment buildings on Palmer Avenue. It was a minor fire, but considering the effects such as smoke and carbon monoxide, and evacuating the building’s residents it was one that took many hours, and all the local departments the author mentions above to resolve safely. Along with the other first responders – EMS and the police, they did a terrific job.

It’s interesting that the author critiques the set up of our local emergency services, yet there’s no mention of speaking to the professionals who actually perform first responder duties. Is it not basic journalism to at least try to get the whole story?

To answer the question though, yes, the area does need the three departments. Well, three plus firehouses anyway. And since as its mentioned in one of the comments that the chiefs of the department, except Larchmont, are unpaid volunteers, the benefit of basically free leadership at two out of three firehouses is a benefit to taxpayers.

minor injury? tell that to the contractor who is still in Jacobi– SEVEN WEEKS IN THE BURN UNIT… every sentence needs a spin

The Chiefs in Mamaroneck are unpaid, and the firefighters are mostly volunteer. They respond to a lot of non-fire calls, especially during this past winter with the frigid conditions. My perspective is that you hope to not need them but in an emergency the coverage is needed, i.e. Hurricane Sandy.