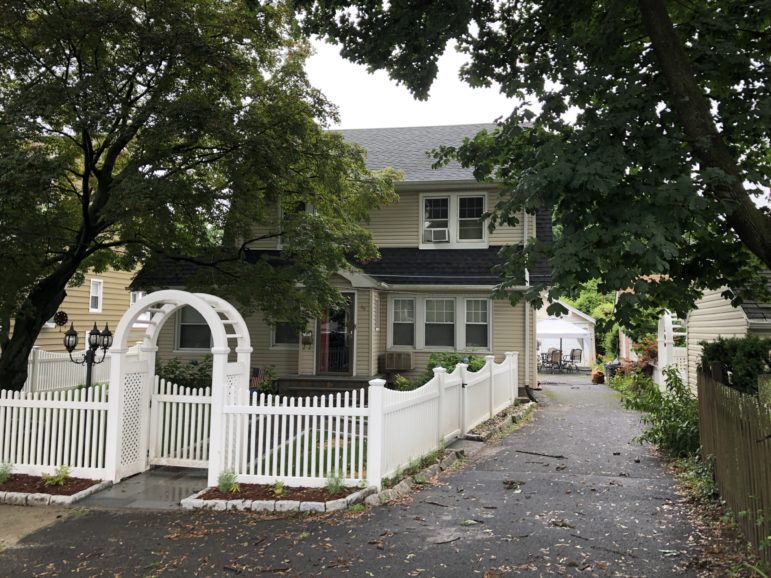 Of the five homes on Bellview Place in New Rochelle, the well groomed house at the end of the tree lined block is the least likely looking crime scene imaginable: Two stories, white picket fence, detached garage out back with a driveway doubling as a neatly appointed patio.

It’s where a neighbor reported the screams just before 2 o’clock Wednesday afternoon and responding police found a bleeding woman suffering from multiple stab wounds, her daughter inside the home similarly injured, her grandson on foot nearby apparently fleeing the scene.

21 year-old Craig Kishroy Dubery was arrested and charged with two counts of first degree assault. The weapon was described to the Loop as “a fixed blade kitchen knife.” Witnesses tell us the younger of the two victims, the alleged assailants mother who was found in the house, appears to be the more seriously injured. The grandmother appears to have been attempting an escape when she collapsed. Both were described as “stable” on Thursday as Dubery awaited arraignment at New Rochelle City Court.

The house is only three short blocks south of the Iona College campus. New Rochelle Police Captain Cosmo Costa says there is no record of previous domestic disturbance calls. In fact, the most serious incident listed for neighborhood is the occasional false burglar alarm.

Neighbors on Bellview Place were not anxious to discuss the incident Thursday except to point out the home where it happened and say the young defendant had lived there since he was a child.