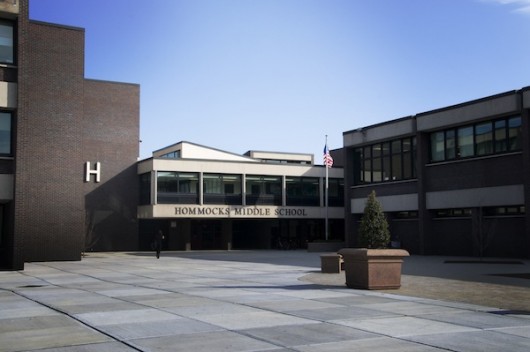 The incident that created widespread anxiety in the Mamaroneck School District–that of a report of a man with a gun trying to enter a side door at Hommocks Middle School on January 3– has yet to produce a suspect.

A District-wide building lockout, emergency e-mails and phone calls to parents of 5,234 students, and swarming helicopters from New York TV stations created an atmosphere of fear for many.

The man was said to have accessed a side door in a reported attempt to retrieve clothing left at Hommocks pool. When asked by a campus aide if he had a gun, he replied that he did, because he works in the security business.

He left without incident and has been unidentified ever since.

“The matter is still under investigation and that’s all we can say,” says Town of Mamaroneck Lieutenant Robert Koziak. “The longer we go, the less likely it gets that we’ll find him.”