Hollywood on the Sheldrake 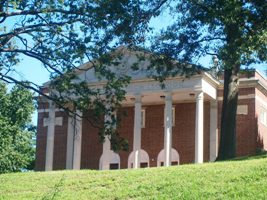 As far as we can confirm, they were at the school and Hampshire Country Club doing an episode of "In Treatment, " on HBO.

"The former club has been set up to look like a club in the Hamptons hosting a celebrity golf event," wrote in one reader.

Said a Mamaroneck resident Saturday, "It was decked out with fake paparazzi and guests."

(Perhaps another income source for Hampshire?)

Where else in the area have you seen movies or television shows being filmed or taped? Wasn’t there something at the Mamroneck Motel last spring?

Actually we were over there talking to the film crew at the golf course; it was an episode of Royal Pains, not In Treatment. The star was just leaving as we walked along the road; husband was psyched – he loves that show!…
editrix thanks. It was In Treatment at the HS.