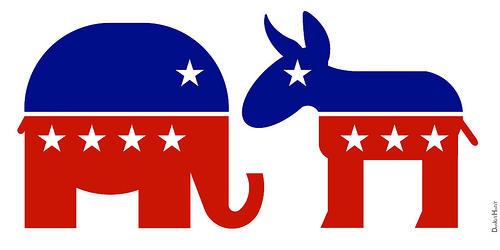 In a statement Thursday morning, Hillary Clinton gave her endorsement to local Democratic Candidates in next week’s elections including in the County Executive race, where George Latimer is facing his opponent’s funding “of some of Donald Trump’s most powerful allies. ”

The former Democratic nominee for President, former U.S. Senator and Chappaqua resident said in a statement,

“I’m proud to join Senators Schumer and Gillibrand in supporting George Latimer for County Executive, who is facing a difficult race against an opponent being funded by some of Donald Trump’s most powerful allies.

Browde said, “Last year at this time I was proudly wearing a button saying ‘I’m with Her.’ I’m honored beyond measure that this year I can say, ‘She’s with Me!’”

Is Hillary’s endorsement supposed to help or hurt George Latimer? After hearing the latest news about the DNC one is not sure anymore.

Jack Pembroke
Reply to  Josephine A.

This was all debunked. Please keep up. Brazile owes Hillary Clinton an apology. This was just to plug DB’s new book. She deliberately misstated information. Sad.

Josephine A.
Reply to  Jack Pembroke

Who debunked “ALL” of it?

I have heard and watched everyone call Donna B. crazy and wacky. Imagine if everyone reacted that way to Hillary’s book? I have now watched three interviews with Donna B. and it sounds like Hillary and the DNC owe her an apology.

0
Reply
Previous article
Firestorm in Chappaqua Over Fire Safety
Next article
Today’s Photo: How Do You Spell ‘Civility’ in Mamaroneck?