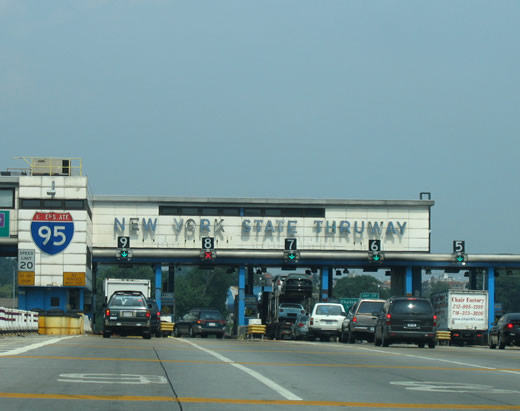 In a letter to NYS Thruway Authority Chairman Thomas Madison he writes, “With each passing year, toll booths in numerous locations have established these high-speed lanes, which speed traffic flow, reduce congestion, and reduce the effects of air pollution for resident adjacent to the Thruway toll booths.

“When the toll booths are filled with traffic, many cars seek to avoid the toll booth back-ups by using adjacent local roads, clogging the business districts in the East End of New Rochelle as well as in the Village of Larchmont, by those seeking an alternate route.”

Here’s a copy of the letter.

There is a high speed toll at the end of the Henry Hudson Parkway at the bridge to Manhattan. George Latimer’s proposal is good–a change good for motorists and good for residents.