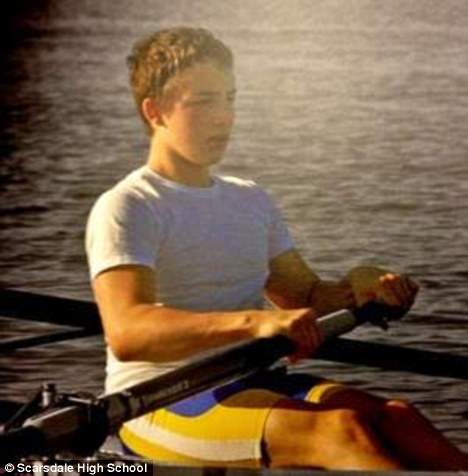 CAPTAIN COOK, Hawaii (AP) – The Coast Guard suspended its search for a New York teen swept out to sea in Hawaii, but the local fire department planned to continue for at least another day.

Tyler Madoff, 15, of White Plains, N.Y., was with a youth adventure tour group hiking along the shoreline of the Big Island’s west coast Wednesday. The group stopped to rest in a tide pool when waves washed him away, along with another 15-year-old boy, of Miami, who eventually was rescued and flown to a Honolulu hospital.

The Coast Guard suspended its search for the Scarsdale High School student at sunset Thursday.

An adventure tour of Hawaii for several local teens took a tragic turn on the fourth of July when a rogue wave swept two boys out to sea.

Fifteen year old Tyler Madoff of White Plains, who has been a  student at Scarsdale High School, is missing, and another boy on the trip is in critical condition at a hospital in Hawaii.

The teens were on the Big Island and had been kayaking.  They stopped at a tidal pool on some rocks and had been there for some time when a series of large waves suddenly came in, sending the kids scrambling.
Madoff was swept out to sea.  The other boy who is now in critical condition was also swept out to sea but was rescued and brought onto a boat where he was revived.

There are several Westchester residents on the tour, including teens from the Rye area and from Larchmont.

Truly heartbreaking. My thoughts and prayers are with his family.