Guilty Pleasures Can Be Good For you 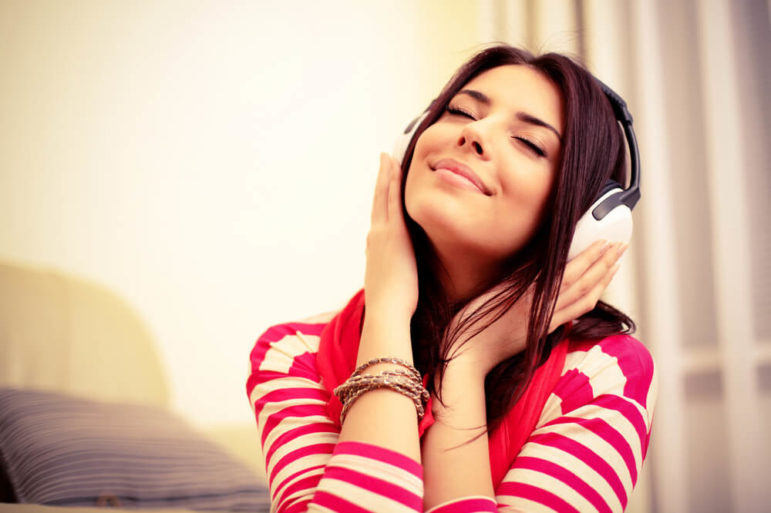 In a world facing the daunting challenge of defeating the spread of coronavirus, hanging out at home has become the norm. Listening to music, watching television and reading have greatly increased in popularity, and each, in their own way, can contribute to our well-being.

“One good thing about music, when it hits you, you feel no pain.” – Bob Marley

Music is the soundtrack of our lives. Certain songs can conjure up precious memories – your favorite song about summer, your wedding song, the first song that made your child smile.

Music has been scientifically proven to have a powerful effect on the brain. Recent research shows that music reduces stress, lessens anxiety, eases pain and improves memory. While the effects of music on people are not fully understood, studies have shown that listening to music releases a chemical called dopamine that can have a positive effect on our health.

Our brains have different pathways that process different parts of music such as pitch, melody, rhythm, and tempo. An uptempo song can increase your heart rate, breathing and blood pressure, while slower music tends to have the opposite effect, which explains why more people exercise to AC/DC than Tony Bennett. Conversely, if you’re battling insomnia, relaxing music can help you drop off to sleep by reducing the amount of noradrenaline (which stimulates heart rate and blood pressure) in your system.

Even plants have been known to respond favorably to songs, although they seem to prefer only classical music.

“Television is an invention that permits you to be entertained in your living room by people you wouldn’t have in your house.” – David Frost

We’ve all heard the expression, “television will rot your brain!” But there’s no denying that watching TV is an enjoyable experience that offers something for everyone. Television can provide our minds with an escape route, allowing our imaginations to travel to places we can’t get to, and that’s important now more than ever.

But is escaping into a classic movie or binge-watching your favorite series actually healthy? When watching TV, we see characters shouting, singing, shooting and scheming. All this action promotes the release of endorphins, the natural, feel-good chemicals that run through the brain.

Ultimately, whether TV is good or bad for our mental health depends on what we’re watching. British dramas like Downton Abbey may challenge the brain more than the umpteenth rerun of Gilligan’s Island, although one research study found that we feel safe and our moods remain balanced when we know what’s going to happen.

Yes, you may put on a few pounds becoming king or queen of the coach potatoes, so don’t forget to exercise. Watching too much television can potentially cause blurred or double vision, and for those of us with LED screens, too much viewing can suppress melatonin production, which helps us get to sleep at night.

“A book is a gift you can open again and again.”  – Garrison Keillor

Reading can be an informative, stimulating and relaxing form of entertainment. Over the years, doctors, scientists, and researchers have confirmed that reading is a stress-reducing activity that can lower your heart rate and blood pressure. It’s not uncommon for people to say that a book has changed their life, but reading can also cause changes in the brain and improve our memories. In fact, reading has been proven to cause the brain of a young child to rewire itself. When a child reads, their brain creates white matter, boosting their ability to learn.

Reading is like a workout for your brain. When we read, the connection between the left temporal cortex of the brain — the area associated with language reception — is heightened, creating the sensation we’re living the experiences described in the book. Reading not only improves memory, but in increases attention spans, too. People read linearly, which allows us to slowly absorb and think about the information in front of us. Unlike watching TV or listening to music, reading gives the brain more time to stop, think, process, and jump-start our imaginations.

Spending time hunkered down at home can be therapeutic, until the walls begin to close in on you. Fortunately, we have music to make us happy or sad, books to make us think, and television to fill in our other entertainment needs.

Most of us have a lot of free time on our hands these days and we’re looking for something new to read, watch, or listen to. Here’s a few suggestions: