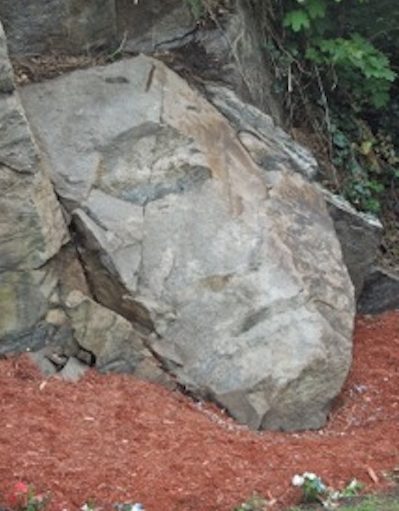 So you’re waiting at the stoplight as you leave Orienta on Orienta Avenue, and off to the left, George Washington might be staring at you.

A remarkable George Washington-like visage naturally carved into a big rock near Orienta, (or blasted by construction crews about 1890, depending on who you talk to), once one of this area’s primary attractions, emerged from the weeds and vines Saturday at a ceremony conducted by Peter Fellows of the Mamaroneck Historical Society.

Located near the corner of Boston Post Road and Orienta Avenue, the Washington Rock is now on a slope adjacent to the Montessori School, across from Mamaroneck Harbor. The school is on the former site of an Inn named, appropriately, Washington Arms. 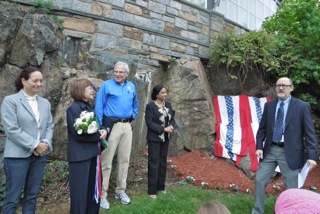