Gedney Farmhouse to Get Wrecking Ball as Early as Next Week 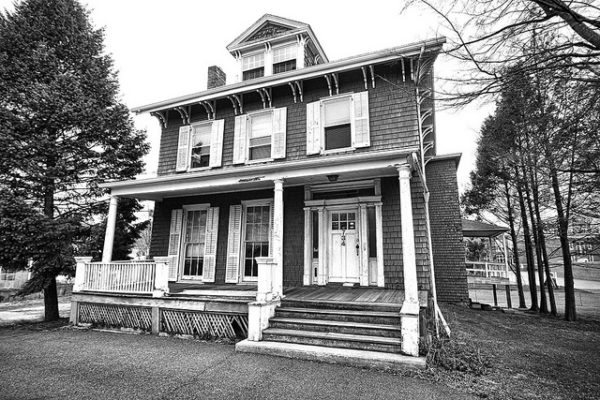 The Rye Neck School Board last night voted to accept a bid to raze the Gedney farmhouse, possibly the oldest building in Mamaroneck, as early as next week.

The demotion will reportedly take three weeks. A fence is already installed around one of the two buildings, built in 1790,which sit on property now owned by the Rye Neck School District.

According to Carol B. Akin, a Mamaroneck resident who helped to lead the fight against the Rye Neck School Board, the Board accepted the bid of Garito Contracting, of Yonkers, at a cost of $104,000.

“What was disturbing was that Garito was the only bid mentioned….the others were not given.  We wonder why, and what other bids were. The agenda was not posted on the website until about a day or so before the meeting, said Akin.

The School District begins winter vacation for a week after school on Friday.  School officials were unavailable at press time and will be contacted today for comment.

Remember the song? “They paved paradise and put up a parking lot”

It seems impossible that there are no restraints on the Rye Neck School Board for going ahead immediately with the destruction of an important historic structure that happens to be on their property. Legislators, historic preservation guidelines, realtors? In face of public opinion, what is the board’s urgent rush?
There seems to be a groundswell of support for preserving the structure by moving the farmhouse, as was done with the historic Mamaroneck schoolhouse, and many structures in the region.
It is important to keep the appealing character and distinctiveness of our area for its uniqueness, history, and yes attractiveness in terms of real estate values.

The district did not “go ahead immediately”. Their intention was publicly announced to the Mamaroneck Historical Society, Board of Trustees and public over a year ago. The buildings and property went through rigorous inspections to determine historical value among other requirements. All the paperwork is available on the district’s website. The problem here is that most residents do not keep abreast of local news and certainly do not attend Board of Education or Board of Trustee meetings. In December 2010, there was an article in the Larchmont/Mamaroneck Patch that outlined the districts intentions. It is a shame that preservationists did not pay attention until it was too late.