A spill from an overturned tanker truck on I-95 sent hundreds of gallons of cooking oil and fat into the Mamaroneck River Tuesday evening prompting a clean-up effort that stretched all the way to Harbor Island Park.

The truck flipped around 6:30pm injuring the driver and creating a torrent of light brown gunk that congealed on the surface of the water sticking to the shoreline and pleasure boat hulls in Mamaroneck Harbor. 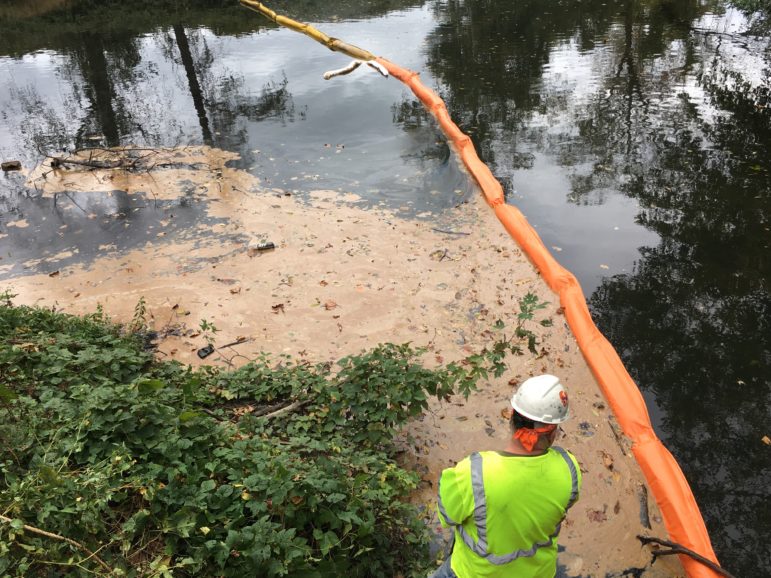 Village of Mamaroneck Fire Chief Peter Primrose says a cleanup crew has been hired to suck up the mess and mused that it could’ve been worse. “It’s not like it’s petroleum,” he said, “it’s organic based oil and it’s unpleasant but it doesn’t seem to be a large environment hazard.”

An inspector from the NY State DEC was on site monitoring the clean-up.  The spill left a dull sheen on the Mamaroneck River at Columbus Park and the brown scum in the Harbor held in place by the incoming tide.

Chief Primrose says he expects the cost of the clean-up will be billed to the trucking company that owns the tanker or it’s insurance company.

Lou Young
Lou Young is a veteran journalist who has been honored with multiple awards including 10 Emmys. He retired in 2017 after 43 years in TV News and was recently appointed a Trustee in the Village of Mamaroneck, and has suspended reporting duties.
Facebook
Twitter
Linkedin
Email
Print
Subscribe
Login