Flint Park Camp Back to Form 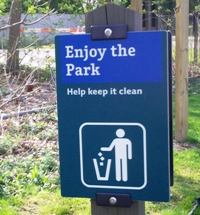 After being forced to cut enrollment last year, Larchmont’s Flint Park Day Camp this summer will once again be open to first through sixth-graders.

Joyce Callahan, the Village of Larchmont’s recreation director, said older kids will be able to return to the camp, thanks to Mayor Josh Mandell securing indoor space near the park that can be used if needed.

Last year, parents of fourth, fifth and sixth-graders who rely on local, publicly run camp scrambled for alternatives after Flint limited its enrollment to first through third-graders. The Town of Mamaroneck’s Hommocks Day Camp also accepts Larchmont residents, and the Village of Mamaroneck’s camp also has at times.

Village officials were forced to cap the number of Flint kids when the indoor space at Hommocks Middle School was reduced due to construction, Callahan said.County law requires having enough indoor space to accommodate all campers, she said.

Flint Park Camp used to be open to children through the eighth grade, but that was changed about seven years ago, Callahan said. Last summer marked the first time enroll ment had to be cut by so much, she said.

Flint Park Camp registration will take place in the Flint Park Playhouse on March 25 and 26.  Times will be announced.