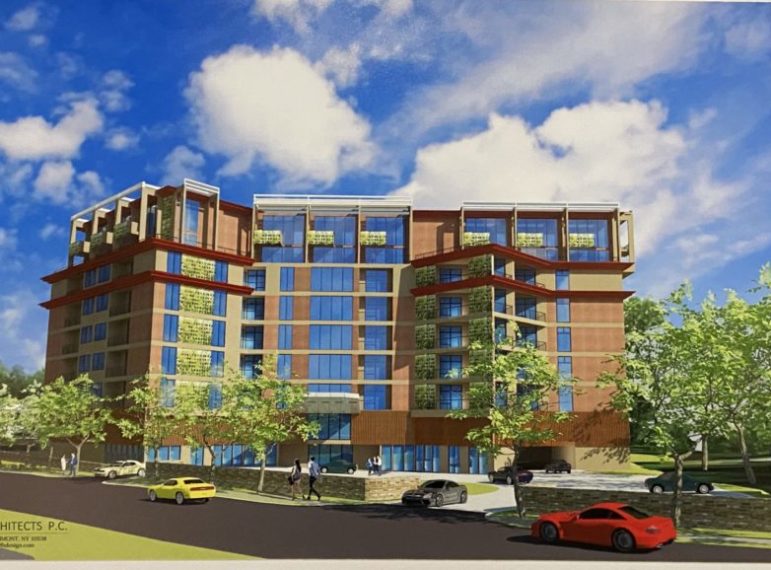 The owner of the BLD Diner and an adjacent small building, where another family business, Fofie and Mia, now stands, wants to develop a new seven story apartment building on the West Boston Post Road site.

A presentation of the currently unnamed project was made to the Mamaroneck Town Board on Wednesday. Gregory Katsaros and his 2399 Boston Post Road Realty Corp would construct the building, which would include 98 one and two bedroom units and two penthouses with views of Long Island Sound.  It is not yet determined whether the development would be offered as sales or rental apartments.  A covered parking garage is also included in site plans.

An unusually large crowd of approximately 45 people attended the work session. At the onset Mamaroneck Town Supervisor Nancy Seligson announced that this was the first time that the council as well as the public would hear details of the development and this served only as informational meeting.

As was evident by the numerous grumbles, snickers and the occasional expletive from the audience, most in attendance are concerned about the size and scale of the building, increased traffic and impact on nearby Chatsworth Avenue Elementary School. The Mayor of Larchmont and a Larchmont Village Trustee were also in attendance.

Mark Blanchard, the attorney representing the proposed project, told the Board that they are looking to market to empty nesters wanting to downsize.

“We are very aware of the school capacity concern,” Blanchard said,  “However the development will not be a designated age 55 and older community.

Richard F. Hein, a Larchmont architect, designed the project which he and Blanchard said “would be a very green building,” meaning environmentally friendly. Plans also include the creation of an easement, such as a nature walk, for public access to the marshland. The property borders what is known as the Premium River Marsh.

The formal filing of the proposal and application is expected within the next two weeks. Town Supervisor Seligson instructed everyone that the Board must first decide if it is even “willing to entertain a zoning amendment.”  If the Board decides to move further, Seligson explained that there would be many steps which include public hearings.

Jay Rubin lives on Deane Place, a street that borders the proposed development. “I feel a project of this nature is out of character for our block, and our community on that location,” he said.

Paul and Cathy McCarthy, who also live nearby, questioned the height of building.  “I didn’t think it would be seven stories tall,” said Cathy McCarthy. “It also matters greatly if it will be rentals or condos.”

The illustrations and diagrams will be posted on the Town of Mamaroneck’s website at  https://www.townofmamaroneckny.org/

Video of the meeting can be viewed on demand at LMC-TV http://lmctv.org 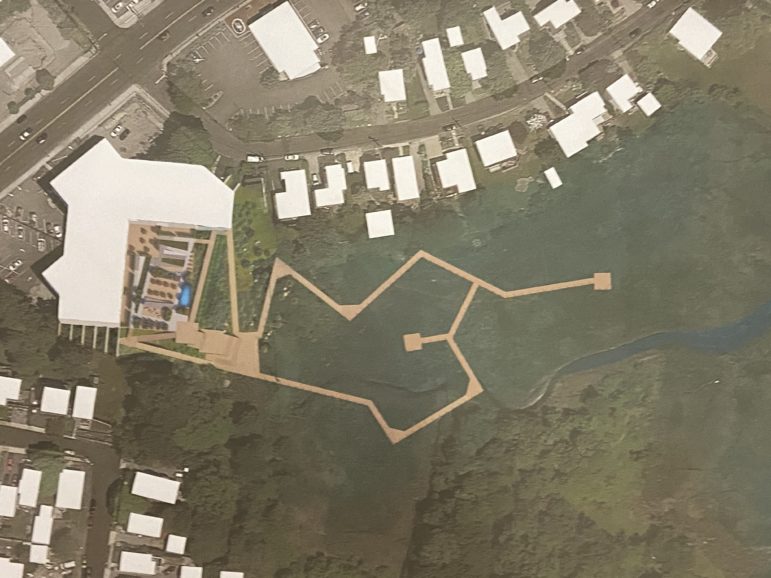 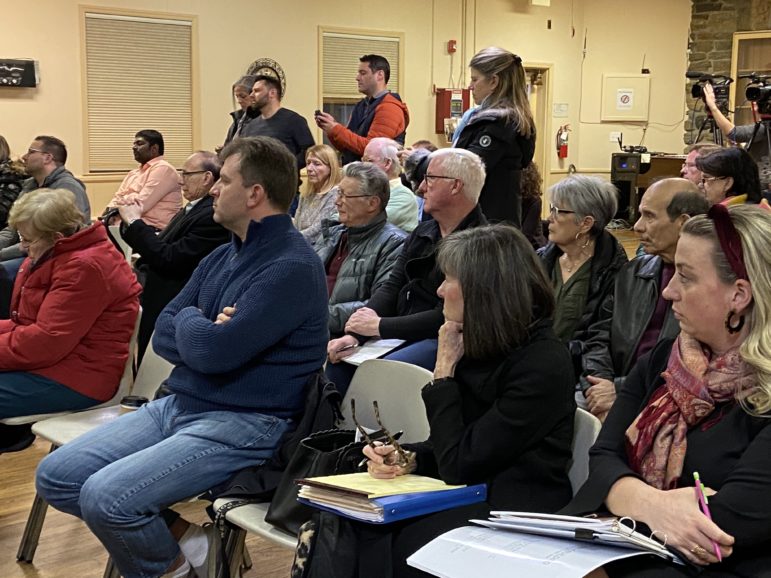 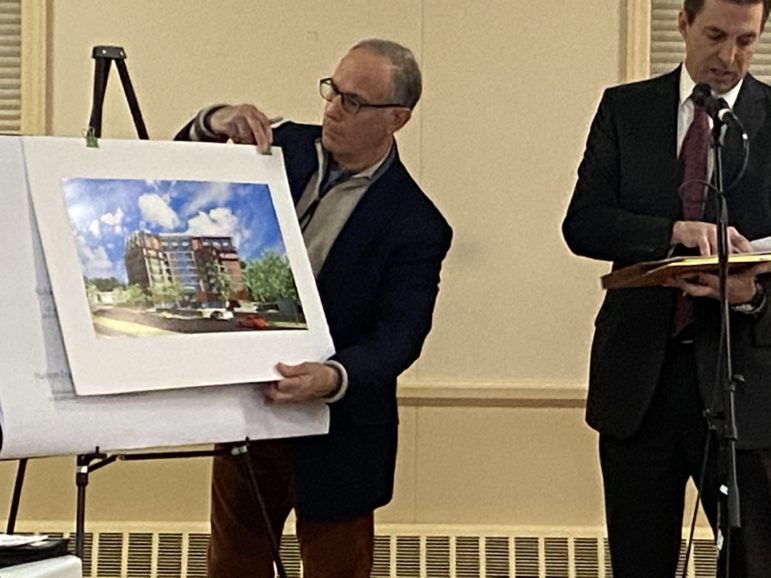