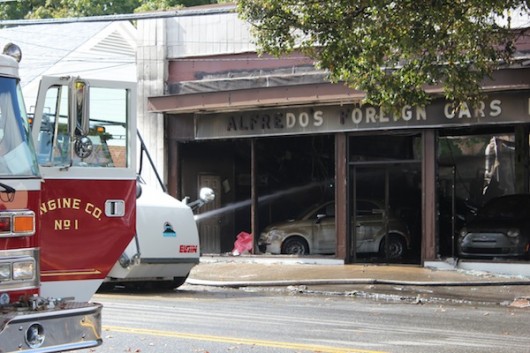 Update:  Larchmont Fire Captain John Caparelli told the Larchmont Village Board Monday, the fire is believed to have been caused by a malfunctioning circuit in the controls for an air compressor.

Alfredo’s Foreign Cars, a dealership at 2050 West Boston Post Road, was destroyed by a fire that began early Wednesday morning.

A spokesman says the roof collapsed in the rear of the building. Steel beams that supported the parking platform on the roof reportedly melted in the heat of the blaze.

The was reported about 4 a.m. There have been no reported injuries. 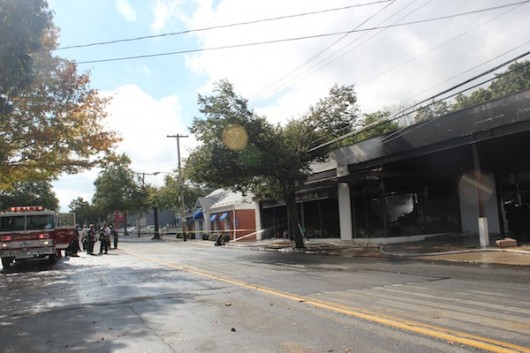 Traffic was  re-routed most of Wednesday and middle school children attending Hommocks Middle School were accessing the buildingby way of Flint Park in Larchmont as firefighters assessed the damage.

Larchmont firefighters were assisted by other departments including the Town of Mamaroneck and New Rochelle.

0 Comments
Inline Feedbacks
View all comments
Previous articleMeMe Brides: We will get you to the Church on Time!
Next articleShould Indian Point Close? Public Hearings in Tarrytown