No injuries are reported in the 2-alarm fire at Excelsior Cleaners at 1320 Boston Post Road, which was reported around 3:15 p.m., and drew at least 40 firefighters from local departments. The stores were evacuated and traffic was diverted along Boston Post Road just as nearby schools were dismissing.

According to Town of Mamaroneck Deputy Fire Chief Joseph Russo, power, electricity and water are shut down to the Cleaners, the adjacent Stop and Shop, CVS and Cosi Restaurant.  All will remain temporarily closed.

Excelsior Cleaners sustained heavy fire damage, while Stop and Shop and CVS have smoke and water damage, and Cosi suffered water damage. The cause of the blaze is under investigation, Russo said, but construction underway at the building could have been a factor, he said. 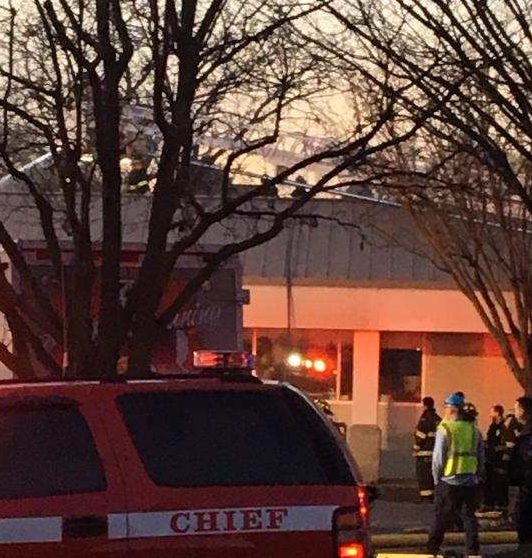