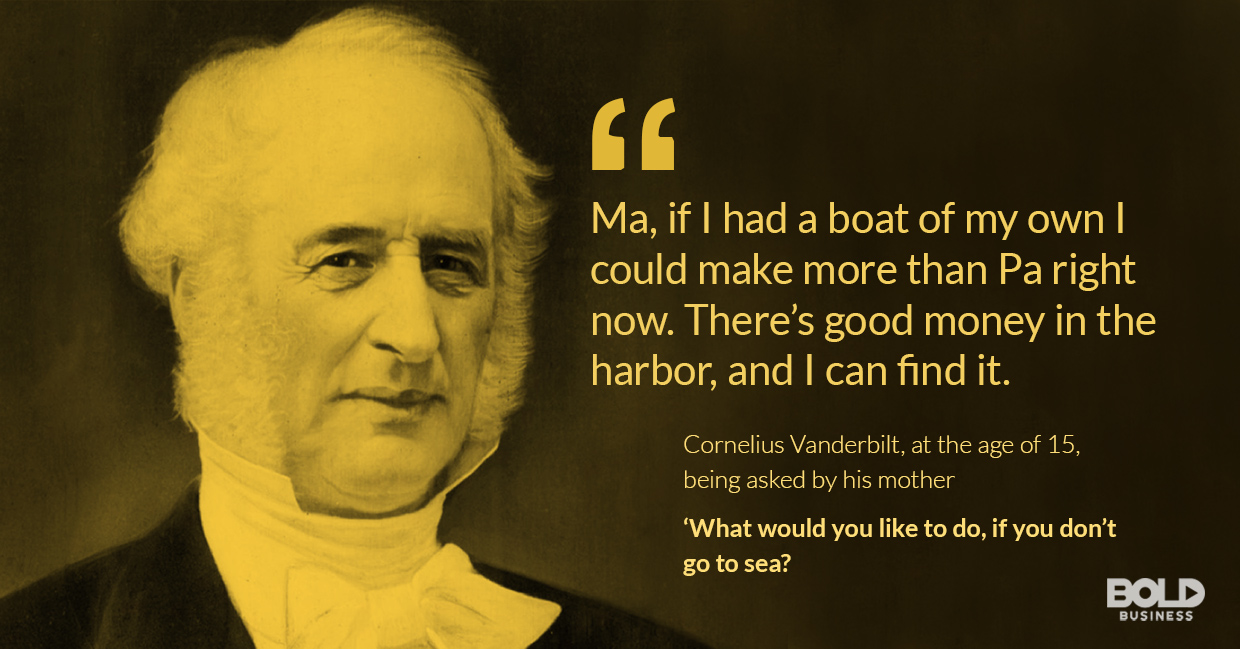 Cornelius Vanderbilt began operating his own ferry in New York Harbor at the age of 16. He would work from dawn until dark ferrying passengers between Staten Island and the tip of Manhattan. The tiny business would grow into a massive steamship company. Vanderbilt would undercut his competitors by pricing his services so low that he would drive them out of business. Eventually he built a railroad empire from New York to Chicago and the First Grand Central Station at 42nd Street.