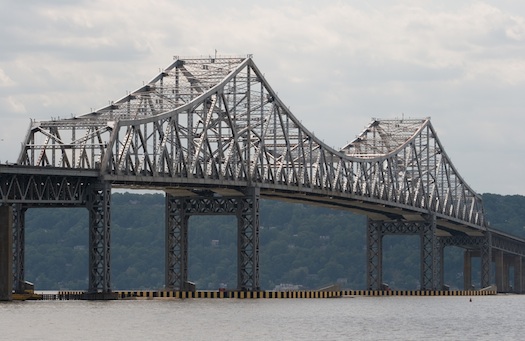 Plans to replace the Tappan Zee Bridge moving ahead.  And there are two opportunities this week to tell transit leaders what you think.

The proposal calls for building a two-span, eight lane bridge to replace the existing structure, which was built in 1955.  The new bridge would be twice as wide as the old one and could include space for mass transit.

The old bridge needs serious structural improvements and is not equipped to handle today’s traffic, as anyone who’s driven across on rush hour knows.  Built to hold 100,000 cars a day, the Tappan Zee today carries 138,000 vehicles, including big trucks, across the Hudson.

Governor Cuomo says the project will potentially create more jobs than any other infrastructure project in the country.

If you like the nitty gritty, read the Draft Environmental Impact Statement, which found no major problems with building a new bridge.

Then there is the question of what to do with the original Tappan Zee.  In January, we wrote about a proposal to turn the 3-mile span into a park over the Hudson. 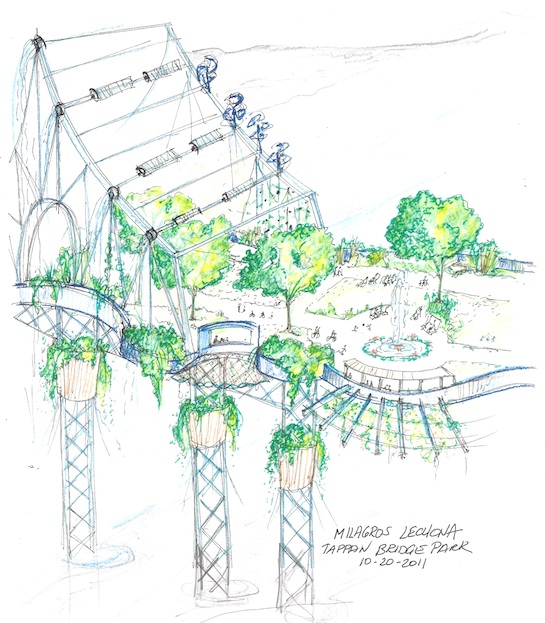