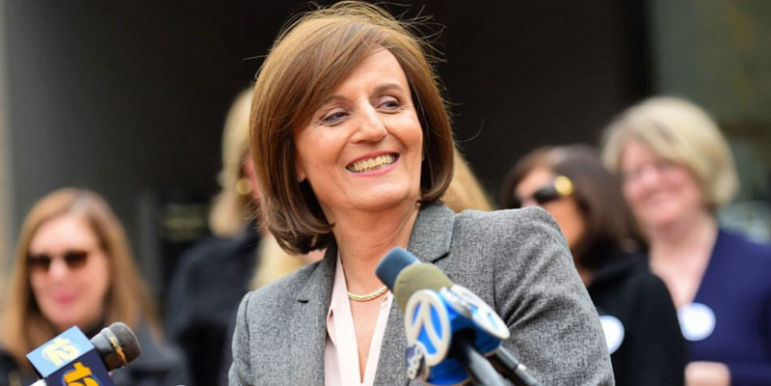 Like myself, Kristen Browde was a television reporter in New York City. But she was so much more.  She was a CBS News Correspondent, Washington Correspondent for CNN, has experience covering the Mideast, and perhaps because all of that wasn’t keeping her busy enough, she earned a Law Degree (while working at CBS)  and now has a vibrant law practice in Westchester. I have known Kristen for 36 years.

Kristen is running for Town Supervisor in New Castle, NY, the town that includes Chappaqua and Millwood, and some homes with Armonk, Bedford, Ossining and Mt. Kisco addresses.

We endorse her efforts to smash a glass ceiling and send a pro-equality message in Westchester County and  New York State.

More about Kristen can be found here.

While most of theLoop readership does not reside in her district, there are ways you can help.

A fundraising event will be held June 28 at the Stonewall Inn in Greenwich Village.

If you are unable to attend, or simply wish to make a donation, you may do so here.

Real reform in this country can, and should, begin with all of us. The election is November 7.