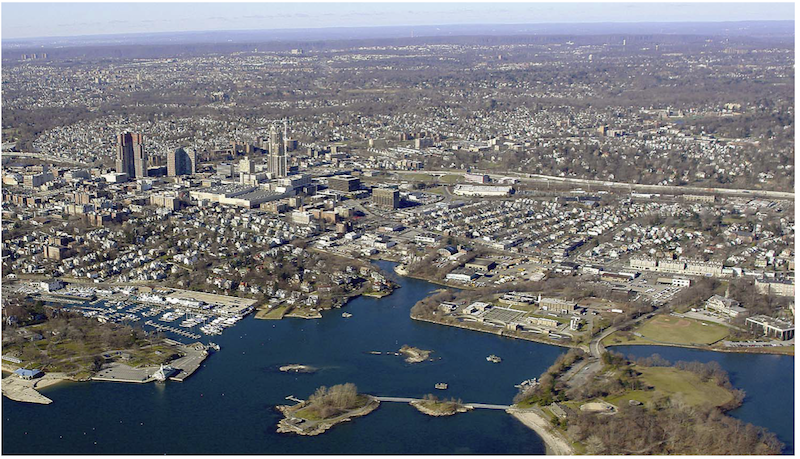 If the city decides to move ahead, the project could become New Rochelle’s largest new park in about 40 years, and the biggest development in the City in 20 years, he says.

This new configuration is based on a year of analysis by both the City and the developer. It reflects greater experience with the constraints and opportunities on the site, and it also accounts for significant changes in the economic climate since the project’s original conception back in 2007.

The plan anticipates the rehabilitation and adaptive reuse of the former Armory, and leaves judgments about the future of this structure to the City.

The next step is for the City Council to decide whether to adopt a new Memorandum of Understanding with Forest City Residential.  Mayor Bramson explains that if the Council chooses to proceed, then  “Forest City will be responsible for an extensive (and costly) environmental review” prior to the next round of public discussion and comment.