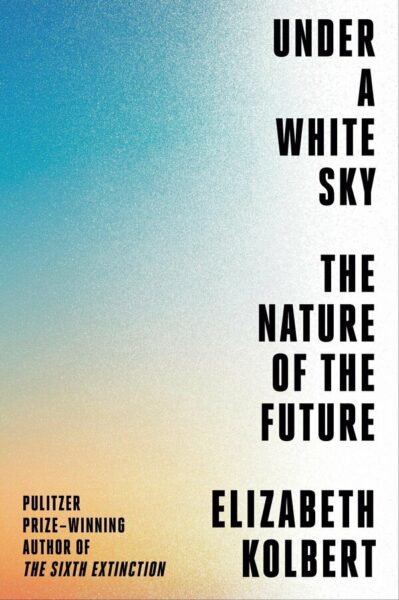 Friends of the Larchmont Public Library and Mamaroneck Library recently hosted a timely online discussion about saving the planet with Elizabeth Kolbert, Pulitzer Prize-winning New Yorker writer and author of the new book Under a White Sky: The Nature of the Future.

Kolberg, who grew up in Larchmont, asks a big question in the book: Having done so much damage to Planet Earth, can humans do anything to save it?  She describes human civilization as a “ten-thousand-year exercise in defying nature.” And she examines how the very sorts of human interventions and technologies that have imperiled our planet are increasingly seen as viable approaches for controlling climate change. 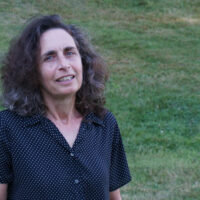 During the online discussion Kolbert didn’t really take sides on whether certain cutting-edge scientific advances, such as gene-modification, solar geoengineering, and assisted evolution, will ultimately fix things or make them worse.  She notes, for example, that the unintended consequences of solar geoengineering can be scary. One plan to cool the planet by spraying tiny sunlight-reflecting particles high into the atmosphere would turn the sky from blue to white (hence the title of her book). In fact, the National Academies of Sciences just issued a report that these controversial plans deserve further research and, in Sweden for instance, research is going forward.

During the discussion, Kolbert answered questions from participants, including one from County Executive George Latimer who asked if she could recommend any particular communities that have implemented effective policies to mitigate climate change and from which we could learn best practices. Her answer mentioned an island community in Denmark called Samsø, about the size of Nantucket, which, for the past 20 years, has been a green energy community.  According to Andrew Wear, author of Solved! How Other Countries Have Cracked the World’s Biggest Problems and We Can Too, “All of Samsø’s electricity comes from massive community-owned wind turbines, while biomass boilers burning local straw meet 70 percent of the island’s heating needs. Each of Samsø’s 3,724 residents now emits an average of negative-3.7 tons of greenhouse gas per year.”

Kolbert isn’t suggesting we could do something very similar in Westchester County, but one of her messages is that we could and should have a much more aggressive plan for green energy solutions that would work here.