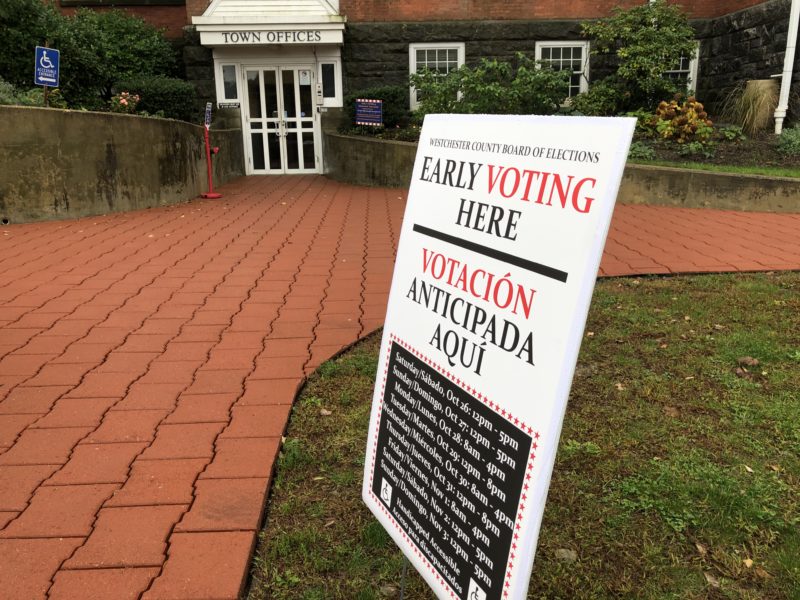 Election Day isn’t until next Tuesday and already more than 500 neighbors in Mamaroneck and Larchmont have cast their ballots.

The early voting polling place at the Mamaroneck Town Center is one of 18 in the county and people who’ve used it say it’s a breeze. Voters’ signatures are matched by computer, verified by poll watchers and ballots are distributed one at a time then cast without apparent incident so far. Each or the two tally machines display a running total of how many votes have been cast, but the content of the ballots won’t be tallied until Election Day when the results will be folded in to the individual precinct totals. 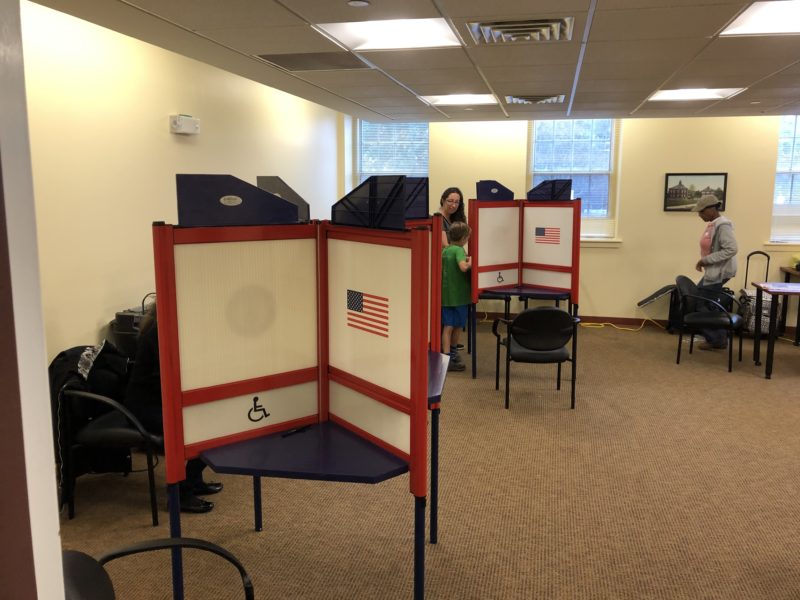 For early voters lines are not a problem

Early voting at Mamaroneck Town Center began last Saturday and will continue through this weekend. Hours are 8AM to 4PM on Friday, 12PM to 5PM on Saturday and Sunday. There is no voting on Monday and regular polling places will be open on Election Day. This is the first time New Yorkers have ever had a chance to vote early in person. The early voting provision was part of a package of reforms passed by the New York State Legislature in the past year and signed by Governor Andrew Cuomo.

Larchmont-Mamaroneck Gets Its Own Early Voting Site
Vote! Then Follow State and Local Results Here After 8 pm