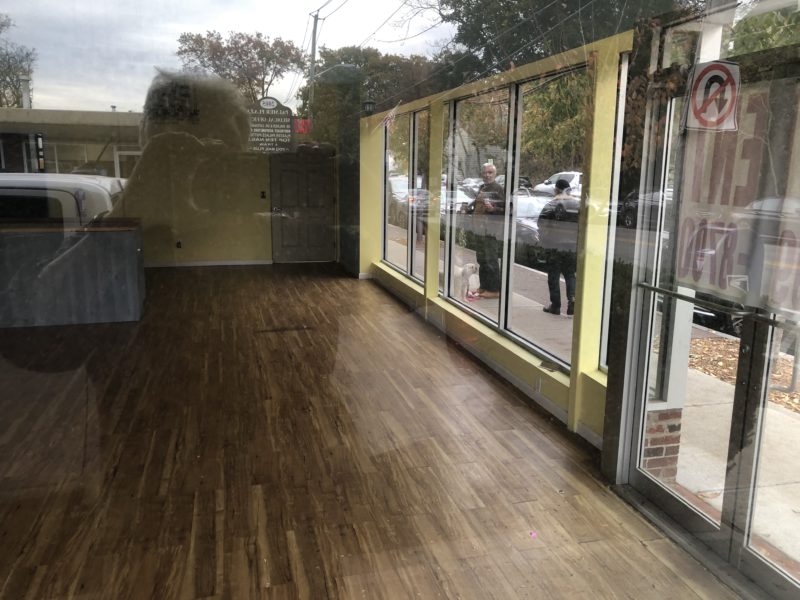 The deterioration has been gradual but is starkly evident to residents who leave Larchmont for months at a time and return to see the Village with a fresh eye.

A neighbor who lives here only part of the year recently said he was shocked on his return at the emptiness of the village commercial district along Palmer Avenue between Chatsworth Ave. and the New Rochelle line.

“Last year I counted 14 empty businesses,” he told the Loop.  “This year during a walk from the PDQ Mail Store to Larchmont Tavern I counted 22.  That’s a lot.  It’s tragic.” 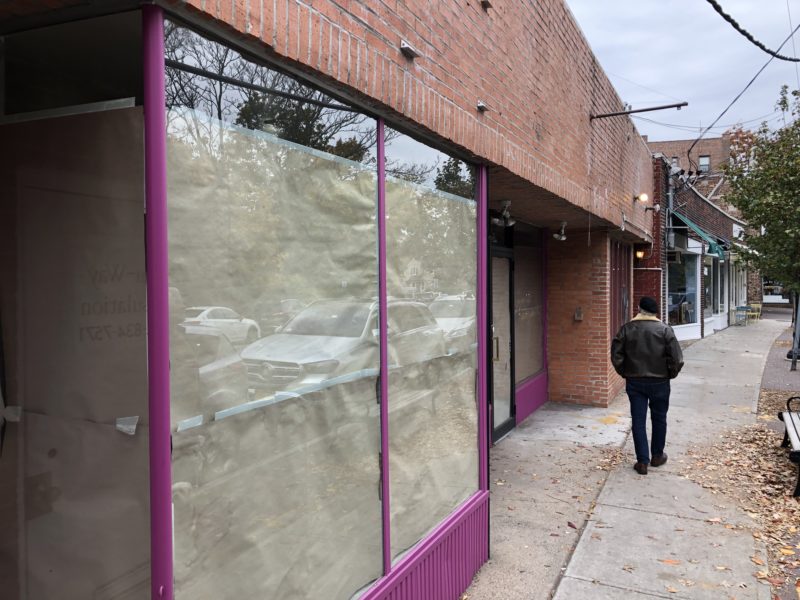 We took the walk with him on Friday and were startled at what’s been in plain site all along: Parking spaces are occupied, but the sidewalks are empty and we passed multiple empty storefronts, deciding to stop in on one that was still occupied.

What used to be “Wendy Gee’s”

“There’s no more downtown mentality,” said Gina Wallach the co-owner of Wallach’s Jewelry, a fixture in this fading commercial landscape. “People might come into town for a cup of coffee but they don’t shop.”

She said she hoped new apartments planned in the village might attract residents who are less married to their cars and home delivery services but isn’t overly optimistic.

“We’ve been here 22 years,” she said “We watched it go from a vibrant walking community to tumbleweeds blowing down the street.  It’s dying.” 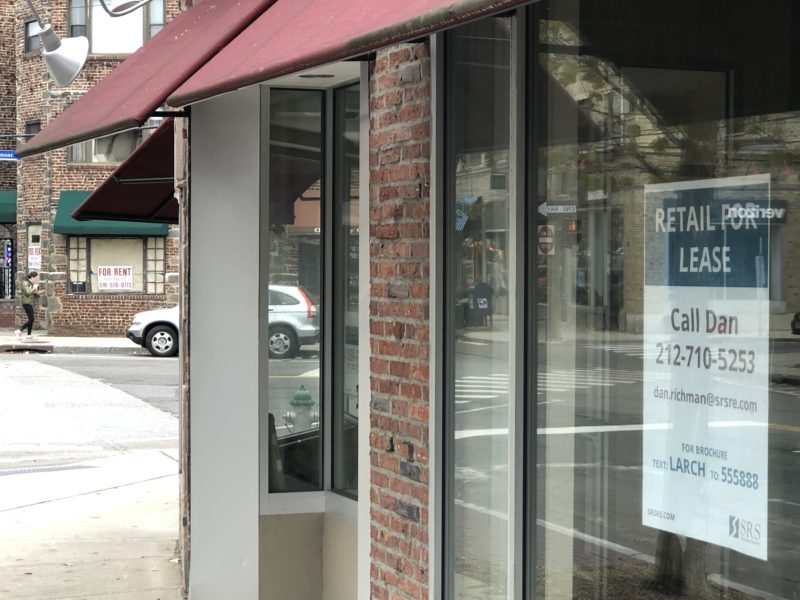 Larchmont, of course, doesn’t actually have tumbleweeds but if it did, there would be room for them to roll along Palmer Avenue.

Experts tell us retail delivery services like Amazon make opening a brick-and-mortar store less attractive every day.   Larchmont residents seem to love the price and convenience of the on-line service.  “Some even buy their toilet paper on line,”  Wallach observed.

Larry Rumble, the rambling part-time resident who took us on the empty-store tour, said “My impression is the commercial district is languishing. I see this during my walk and I get back to my apartment building and the entrance is clogged with deliveries. Something is clearly happening and it’s not good.”

18 thoughts on “Darkness on the Edge of Town: Larchmont’s Empty Storefronts”