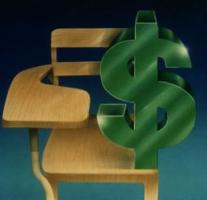 Mamaroneck Schools Superintendent Dr. Paul Fried expressed his concern and disappointment:   "We worked on the budget with our Board of Education, staff and community for a very long time last winter, asking for and getting monetary concessions from our teachers and administrators, having our Central Office team take a pay freeze and still being forced to reduce more than 20 positions and increase class size.  Now, two months into the school year, with a budget in place, the Governor is proposing that we cut almost a half a million dollars ($481,103) from our budget right now.  While we have been concerned about planning for next year’s budget since last year, having an unexpected mid-year budget cut undermines the good work and planning that we did to bring a budget before the community that they could support.  I have already contacted George Latimer and Suzi Oppenheimerand know they will bring Mamaroneck’s concerns to Albany."