LARCHMONT— An attorney for a Larchmont landlord says a group of workmen at the Crush wine bar at 1985 Palmer Avenue moved furnishings and fixtures, even  “ripping a gas fireplace out of the wall” and taking toilets from the premises late Saturday (March 15) night.

Clifford says the landlord “will be pursuing criminal proceedings and civil relief.” He claims significant damage was done when the fireplace was removed, and plumbing and gas fixtures were left uncapped. 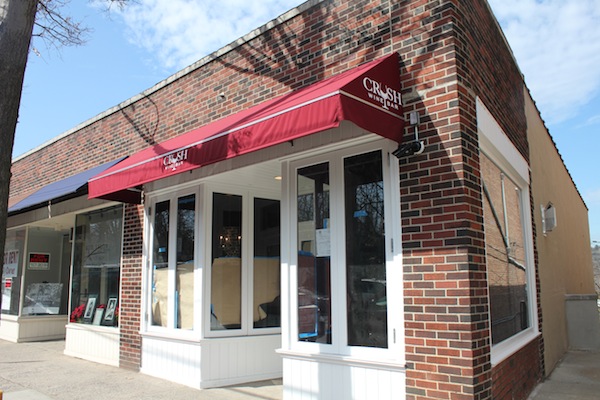 Jennifer Deutsche is a criminal. The District Attorney is investigating her. She stole money from multiple people, has not paid taxes, rent, or contractors in both Larchmont, and Bronxville where she was trying to open another Crush. She embezzled and defrauded a local Larchmont family for over 250k telling them they were “investors” in the next Crush. Stole the money, didn’t pay the contractors or the rent and is now filing for personal bankruptcy to protect herself and leave the family with 3 kids on the hook for the rent and contractor liens of over 170k in Bronxville on top of stealing their 250k. She ripped everything out of Crush Larchmont in the middle of the night and liquidated it to pay her attorney fees. She has multiple liens against her personally and her corporations. It is public record.

Richard thanks for joining in nice to have so many interested folks here.Like many businesses this one too has come to untimely death.I doubt any criminal charges will be filed .But i could be wrong if so im sure the judge will decide a fair and reasonable outcome for all .ONE THING . Im sure no one put a gun to the head of the investor !!!!!!!

Crush is the operating name for a corporation (1985 Palmer, Inc.) owned and operated by Jennifer Deutsch. They were represented by an attorney (Warren Sussman) who appeared before the Village of Larchmont Court on March 4, 2014 and signed a Stipulation on their behalf. The stipulation was “so ordered” by the Judge who had handled the case. And, in that Stipulation Ms. Deutsch agreed to pay the back rent she owed, to clear a mechanics lien filed against her for unpaid vendors, and agreed to stay current on her monthly rent and the schedule to pay the arrears. They never told the landlord or the Court that hey already had cancelled their food services. What possible right did Ms. Deutsch have to enter the premises on March 14, 10 days later, with the contractor she hired to gut the premises, ripping out fixtures such as a gas fire place, stoves, bathroom sinks and toilets, etc.? Did the Stipulation or her lease allow for it? No! “Ms. Waters”, if that is a real person, take a look at the NYS Penal Law Section 145.10 Criminal mischief in the second degree (a felony) and Section 145.13 (definitions). And, no, the Bankruptcy Court is not like the Poets’ Corner that you suggest where one can just go and erase all of the rather expensive whimsy of a failed business. There are exceptions for crimes. Wait and see if criminal charges are not filed. Don’t know all the details about the Bronxville matter, but wouldn’t we agree that taking $250k from an investor is NOT “dreams and aspirations” or “poor judgement.” It is something most people will agree merits a criminal investigation?

LIZ WHAT IS YOUR POINT? I am confused are we talking about fraud theft scam or just poor judgement on an investment.you know there are no criminal charges being filed so i think its just a sad economic hardship.

It is funny how our dreams and aspirations are conjured up in our minds. We always shoot for the stars. I am sure in this case a woman invested all of her hard work, her money and others money in to what she probably believed would be a wonderful place for her customers to enjoy. Now to say that Jennifer is a fraud and a thief, which could possibly be true, but at this time, I think you have to wait and see where the dice get thrown. I cannot believe that an investor would hand over $250,000 and not have a clue how it was spent or where it went and I am surprised that there is no agreement between the parties. Whoever invested does not seem savvy at all. IF this is true and shame on them. I would bet my bottom dollar that this woman did not get out of bed trying to defraud anybody. Unfortunate circumstances like the landlord, economy and business has caused another private business to fail. This is what makes the American dream and commerce what it is in our country. So before we sentence her to the death chamber, let’s see how the Court system plays out. And food for thoughts, in a case like this, when you have lost everything you have, you have no other place to go but to the bankruptcy Court, it is there to protect people from their worst failures. You cannot blame her for doing that and we can only wish for all of the parties for this to work out for all of them. Crush was a beautiful place for all of us to meet our friends and have a good glass of wine. It saddens me to see it go.

Jennifer Deutsch is a fraud and a thief. She stole money from multiple people, has not paid taxes, rent, or contractors for their work in both Larchmont and Bronxville. She scammed a Larchmont family with three young children into becoming partners in a new Crush in Bronxville. The money they invested disappeared and she didn’t pay anyone but herself…architects, contractors, and the landlord were not paid nor were taxes. She still refuses to disclose where the money went. She has left this family on the hook for the lease of the space and the unpaid contractor fees. Two separate Westchester police departments are involved. Showing her character, she stripped the Larchmont Crush of its contents and fixtures in the middle of the night, much of it unpaid for, caused significant damage to the property, and liquidated it all to pay her legal fees. She has hired a bankruptcy lawyer to protect herself and her company and avoid paying any debts to anyone. The liens against her and her company are public record. She owes hundreds of thousands of dollars to people and suppliers of goods and services all over the tri-state area. She is a criminal.

The Prudent Investor
Reply to  Liz

Investing in a start-up is a highly risky endeavor. Typically only 1 out of 10 of these investments ever work out, and to find 10 potential investments one has to evaluate hundreds of investment opportunities. It is very unfortunate that this has not worked out the way you hoped. But the reality is you should have known such a venture was highly speculative and that if the business did not succeed, there would be very little left for equity holders (remember equity holders are below debt or lease holders in a bankruptcy filing). It is a painful lesson, but a sound investment strategy should begin with a diversified portfolio of publicly-traded stocks and bonds, and then only later, once you have gained expertise in valuation and forecasting, a move into private and venture investing.