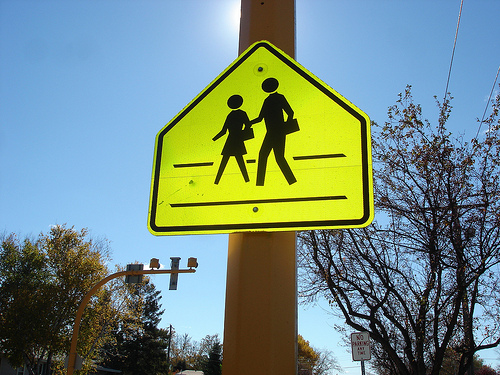 Murray Avenue School parents, your voice was heard.  The Colonial Road and Weaver Street Crossing Guards are here to stay in the new budget.

The Mamaroneck Town Board has reinstated two crossing guards in adopting a $31.2 million budget for 2012. A group of residents filled a recent hearing before the Board to voice their displeasure with the proposed cuts.

The approved budget comes with an overall tax levy of $21.3 million, a 2.8 percent increase over the current year that will allow the town to comply with the state’s new tax cap.

The Town Council had submitted separate budgets for the town and the fire district, but was later told by New York State that it could combine the two, resulting in a savings. Another $104,000 in salaries was saved after a police officer and a firefighter took a retirement incentive .

These savings enabled the Board to restore the crossing guards at Murray Avenue and Colonial Road and at Weaver Street and Plymouth Road into the 2012 budget.

Very nice,O. But there is a crosswalk in the middle of N. Chatsworth Ave near Hillside Road. I was crossing with my children and a car a very reasonable distance away sped up and veered around us.