Coyotes Seen in Larchmont and other Areas

There’s some buzz in Larchmont and parts of New Rochelle about a recent coyote sighting, and generally speaking, experts say, there’s nothing to be afraid of.

One resident reports seeing this animal behind the BLD Diner on the Boston Post Road in Larchmont,  and another, perhaps the same one, was spotted by several areas in the area of Pryer Manor Road.

According to the State DEC, “Overall, problems between people and coyotes are rare, yet the potential for conflicts to occur remains. Human behaviors may increase that potential if people feed coyotes (either directly or indirectly), or if they allow coyotes to approach people and pets.  Researchers from the Human Dimensions Research Unit at Cornell University found … few people (4%) actually reported having a problem with a coyote, and an even smaller proportion of people indicated a coyote approached, threatened or attacked a pet or person. 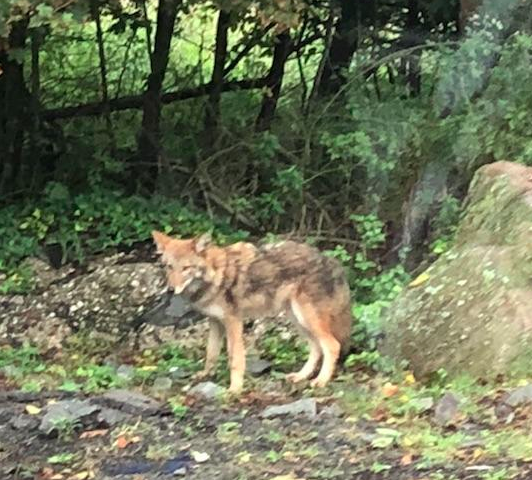 There was an attack – a small dog was aatacked. It’s very sad and people need to be careful.