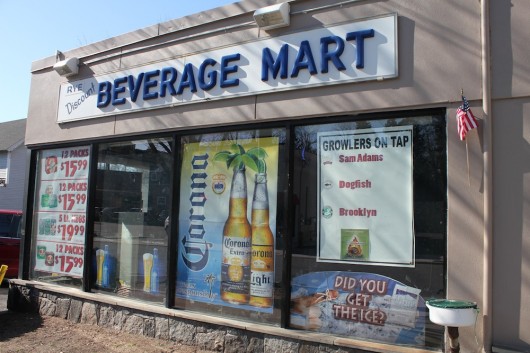 There are people who think I am knowledgeable about beer.   Probably because I drink a lot of it.  And because much of the time, no one has ever heard of the strange brands they find me with.  So the topic comes up a lot.  I try to steer people towards a good American-made craft beer, particularly India Pale Ales, which have become an art form in this country in the last decade.

I now have a fairly narrow range of IPA’s that I will drink.  Has to be a strict IPA, not some “chocolate IPA” or something.  I prefer “American style” IPA: basic stuff, not the “San Diego” or “Belgian” style IPA’s, which I regard as abominations and insults to an intelligent palate.

Anyway…you may have noticed, Stop-n-Shop doesn’t stock a wide selection of American craft beers, never mind the elite, high-end IPA’s that I, with my refined tastes, now require.  In fact, I’m hard pressed to find one bottle in the entire selection at any local grocery store, or even “gourmet food store”, that I would consider worth the electricity required to bring it to a proper temperature.

So…where does one get these Most Excellent Beers?   Rye Beverage.   You may have passed this place without much noticing.  It’s on the Post Road, on the left as you are heading into Rye, next to the Gulf station with all the Corvettes.  From the outside, it looks unremarkable. 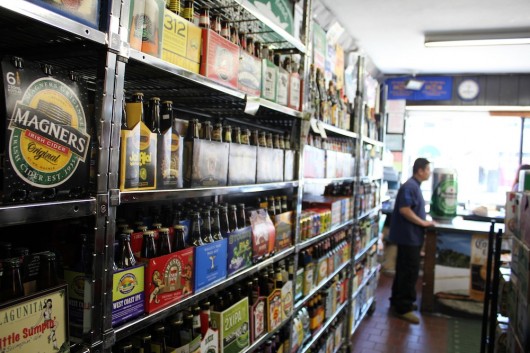 Go inside, it’s a different story.  Owner Michael Bergenfeld is a true beer enthusiast, who knows his product and will gladly engage you in a discussion of which beer might best suit your tastes.

On one side of the store, you’ll find shelves lined with many of the finest brews available anywhere:   Dogfish Head, Lagunitas, Sixpoint, Heavy Seas, Redhook, Cigar City, Southern Tier, Brooklyn, Flying Dog, Dirty Bastard, and many others.  Plus, of course, all your standards, like Sam Adams, Sierra Nevada,  etc.  On the opposite side, most of these are also available chilled in a wall of coolers.  And in the back, growlers. 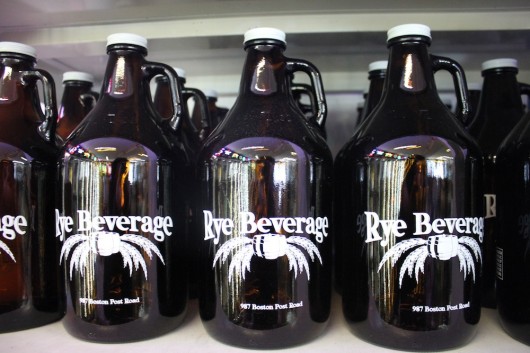 Growlers have been around for a long time.  Some variety of the thing was used at least as early as the 18th Century, to carry beer home from the local pub.  Modern growlers are ½ gallon glass jugs, which are filled from a tap and snugged with a metal cap.  A properly poured growler can generally be kept (cold) for around 24 hours, maybe a little more.  But what’s the point of that?  Just drink it.

Rye Beverage keeps six fine American craft beers on tap in the store for sale in growlers, including locally brewed Captain Lawrence (which is the same as the Larchmont Tavern’s trademark “LT” ale,) Sixpoint IPA, and Dogfish Head 60.  Stop in, pick up a growler, drink it, and bring the bottle back for more.

I love IPA’s….I will definitely check this out! I enjoy “flower Power” as well…..

This place is awesome! A total find, I agree, owner is very knowledgeable and the store has great variety

Michael,
Nina and I had the pleasure of meeting your son at Ira and Alda’s for Super Bowl Sunday. He was telling me about your Beer Business. Congratulations. Being a beer drinker myself, when are you coming west?
Sounds like a great business. Hope to see you soon.
Larry & Nina Ratliff