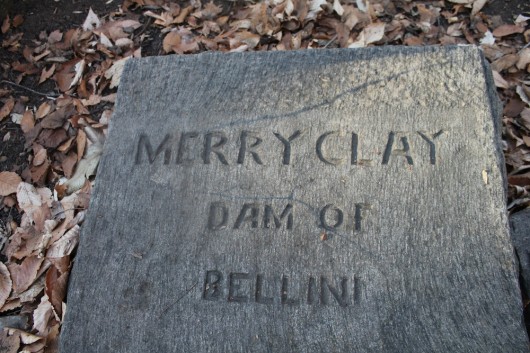 They come on upon you suddenly when you walk the trails in Ward Acres, the one closest to Pinebrook Parkway in New Rochelle.

Ward Acres is all that’s left of a 400 acre farm owned by the Robert Ward family of the Baking Company fame. His son, Jack, established the nationally reknown American Saddle Company and began breeding racehorses in the 1940’s and 50’s.

Some of his champions rest here under enormous carved stone slabs, connecting to an era of glory, excitement and prosperity. 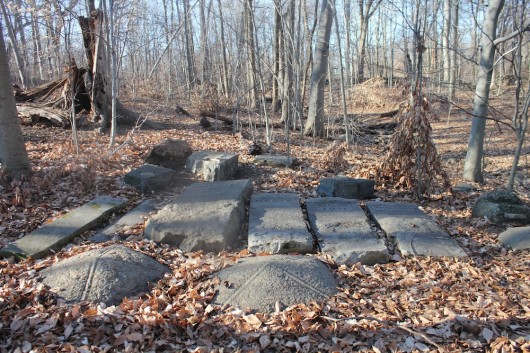 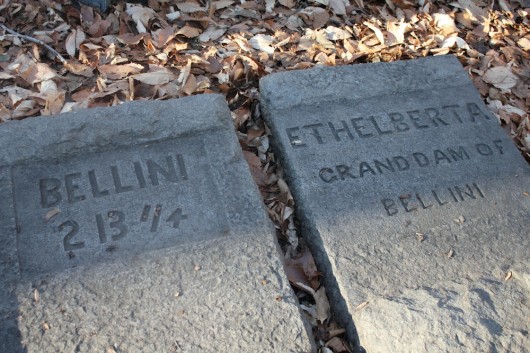 Polly Kreisman
Polly Kreisman founded and began publishing theLoop in 2007. She is a 15-time Emmy Award winning former television reporter. In New York she worked at WPIX TV, WWOR TV, WNBC TV and NY1. She covered politics on Capitol Hill in Washington DC earlier in her career. For the past several years she has pursued professional acting roles in film, television and commercials. She is the mother of twins, and therefore nothing scares her. She lives in Larchmont.
Facebook
Twitter
Pinterest
WhatsApp

are the graves of Wait-a-bit and Master Fiddle there? My girlfriend and I bicycled up to the farm to see them when they stood at stud there in the 1950’s