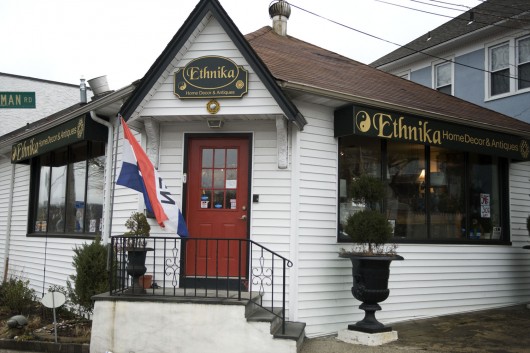 Yvonne Jean Rabie, herself Lebanese and Brazilian, has brought the world to a little corner of New Rochelle in her 4-year-old store, Ethnika.

But I always thought of Ethnika as a cool local secret, only to find out it has quite a following among decorators, dealers and on eBay.

“Everything here is special,” she says, unloading the latest shipment, from Asia: China, Mongolia, Tibet and Thailand. 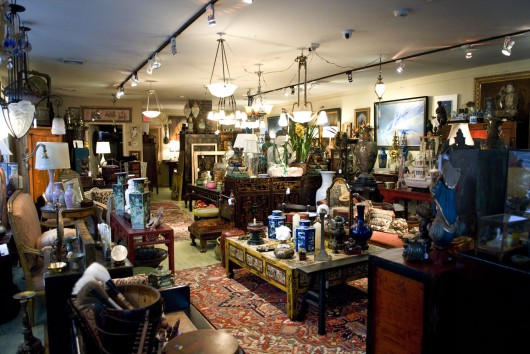 And one of the most popular items- “We sell a lot of Buddhas. I buy them here in the States, at auctions, stores, while traveling because they’re old. The one sold in Asia are new.”

Prices stay low because the goods need to move when new shipments arrive.

“I want to sell, clear it out, get new stuff, recycle,” says Rabie, who owns the store with her husband.

“I believe it’s beautiful to do that.” 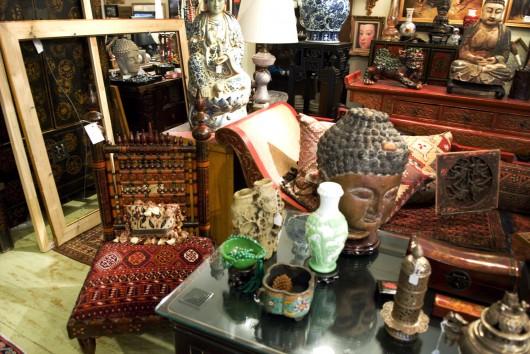 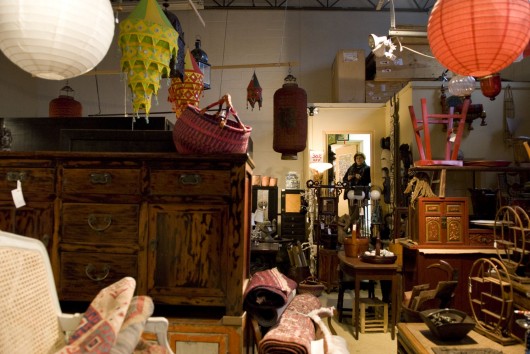