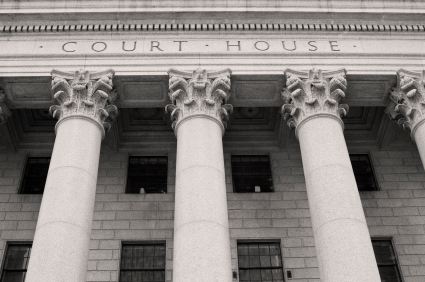 40 year old Sheldene Campbell was convicted of murder Monday in a brutal 2008 double hit and run in White Plains.

According to the Westchester DA, Roseanne Schiavone was walking her dog near her home at 205 Havilands Drive in White Plains when she heard the revving of a car engine behind her.

As she tried to get out of the way of the oncoming car, she was struck by the vehicle, which was traveling on the wrong side of the road. She later died.

The dog, which she was walking, also was injured, suffering a broken hind leg.

Then, at the intersection of Baylor Circle and Havilands Drive, Marie Bucci, who was also out for a walk, was struck and injured.

Shortly thereafter, White Plains police located the defendant walking in the area of Bryant and South Lexington Avenues. Her vehicle, with obvious damage, was parked nearby.

“In a span of a few short moments, this defendant tore through a quiet suburban neighborhood, killed one person, created havoc, and left behind permanent physical reminders and emotional scars which have changed the lives of two families forever,” said District Attorney Janet DiFiore after the jury rendered its verdict. ”Although Ms. Campbell has acknowledged mental issues, this jury found her criminally responsible for her actions that day and now she must be held accountable.”

She faces a maximum of twenty five years to life in state prison.
[mappress mapid=”70″]