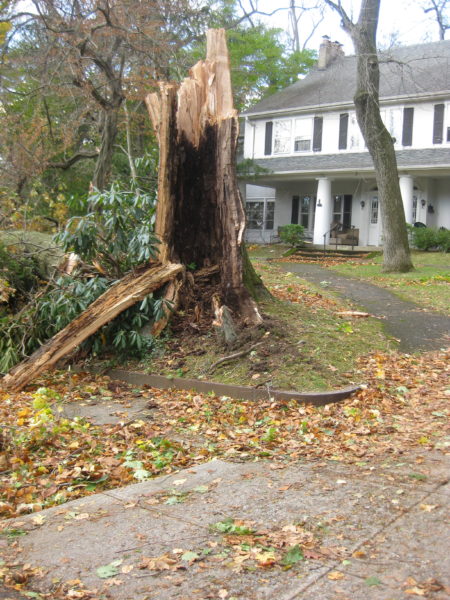 Setting an important precedent, the New York Public Service Commission (NYPSC) has ordered ConEd, one of the nation’s largest utilities, to study the impact of climate change on its infrastructure and to how to prevent the sort of damage experienced during Superstorm Sandy, which knocked out power for thousands in Westchester and which caused ConEd’s largest ever power outage in the metro area.

The requirement is part of a landmark February 20 settlement that includes approval of ConEd’s new electricity, steam and natural gas rates for the next several years.  ConEd’s 2013 rate plan filings with NYPSC included a request for $1 billion for “storm hardening” — making power lines, stations, and other infrastructure better able to withstand extreme storms. Over the next several years, ConEd will collaborate with Columbia University and other organizations in a collaborative effort to develop long-term plans for making its utility lines more resistant.

According to the Environmental Defense Fund, which is one of the non-governmental groups that ConEd will be working with, this year a Climate Change Vulnerability Study will be done, “which will provide important guidance on how the utility can best prepare for rising sea levels, more intense storms, heat waves, and other potential effects of a changing climate.”

The NYPSC’s settlement order also said that all other utilities across the state — electricity, steam, natural gas, telephone cable and private water utilities– should undertake similar climate change studies. Climate Central, the online site that monitors science and impacts of climate change, reports that ” the settlement could have far-reaching implications….It’s a model that experts say other states could use to address the ravages of climate change.”