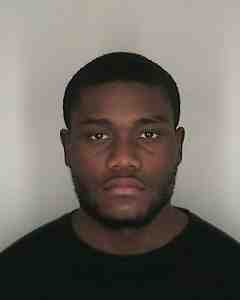 They’ve indicted the suspect in that frightening series of “commuter armed robberies“, each Robbery in the First Degree, early this year. All of these crimes, except that in New Rochelle, were robberies of people walking home from a train station in the evening:

How did they catch him?

On April 27, 2012, approximately 5:20 a.m., in the vicinity of 116 Corlies Place, Pelham police approached an illegally parked vehicle in order to write a summons. (Later it was learned he had come from Larchmont station where he saw no suitable victims, and decide to try Pelham again)

The officer noticed that there was an individual in the front passenger seat with the seat reclined, dressed in all black clothing and that he fit the description of the individual wanted. In plain sight was a .32 caliber handgun and black gloves on the driver’s side floor board.  The firearm had been reported stolen out of Pennsylvania in 2011.

His next court date will be on December 6th, 2012.  Famby faces a maximum sentence of twenty five years in state prison on each robbery count.