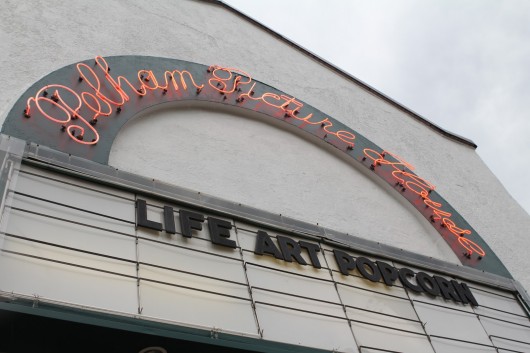 Submitted by The Picture House

Strange Weather is a poignant, lyrical drama about a mother (Hunter), who in an effort to deal with her grief over the death of her son, enlists a friend to travel the back roads of the deep South to settle a score. Steeped in a strong sense of place and peopled by convention-defying characters, Dieckmann’s Strange Weather premiered to critical acclaim at the Toronto International Film Festival. The film opens nationwide on Friday, July 28th.

After the screening TPH’s critic-in-residence Marshall Fine will moderate a discussion and Q&A with the director Katherine Dieckmann. Dieckmann’s films include Motherhood (2008) starring Uma Thurman, Diggers (2006) which attracted critical acclaim when it screened at South by Southwest and the Toronto International Film Festival, and her first feature film A Good Baby(1999) starring Henry Thomas, Cara Seymour, and David Strathairn. She began her career as a journalist, writing for such publications as Rolling Stone, The Village Voice, and Vogue before going on to direct music videos for bands including R.E.M., Aimee Mann, and Wilco. Dieckmann is an Associate Professor at Columbia University’s graduate School of the Arts Film Program, where she has taught screenwriting for over 15 years. In addition, she is Creative Advisor for the Sundance Institute.

Tickets to the special screening and discussion are $15/general admission, $12/students, seniors, and members and are available at www.thepicturehouse.org or at the box office, 175 Wolfs Lane, Pelham, NY 10803.