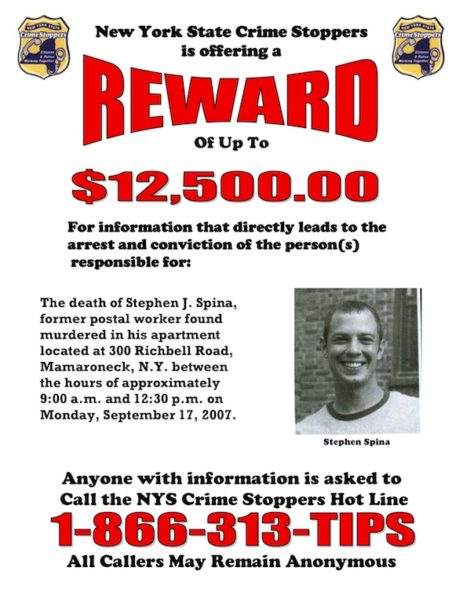 The fourth annual Stephen Spina Softball Classic will be held July 14 and 15 at Harbor Island Park in Mamaroneck.

The event is held in memory of Spina, who was found murdered in his Richbell Road apartment in 2007. Monies raised from the event will go toward finding Spina’s killer.

“After nearly five years without an arrest, it’s even more important for us to keep Stephen’s memory alive.” comments event organizer John Boisitz. “Everyone that plays in the tournament and those who come out to cheer on the teams, do it to show his family that we haven’t forgotten.”