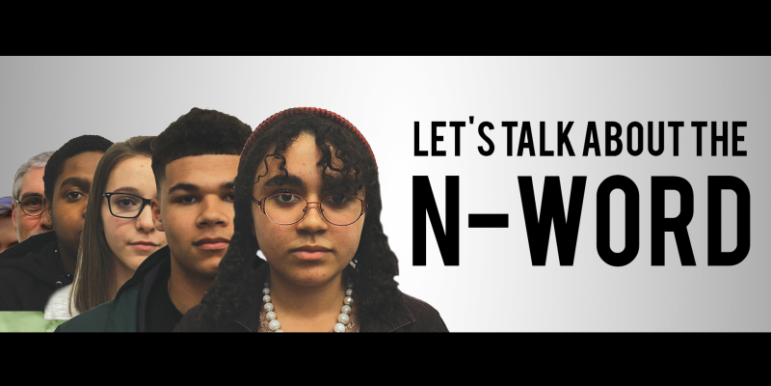 The event page on Facebook is illustrated with a graphic that reads “Let’s Talk about the N-Word.”

Martin, a Mamaroneck resident with two children in the district, reported that his daughter and two other black students, who attend Hommocks Middle School in Larchmont, were called the n-word by a white classmate at an after-school program in December.

We first reported the charges of racism and the Mamaroneck School District’s alleged slow response on Feb. 6 and posted the video of Martin’s address to the School Board, during which Martin recounted the taunt involving his daughter.

A week after that School Board meeting, Schools Superintendent Robert Shaps sent an apologetic letter to the community saying,  “To be perfectly clear: the district did not initially react properly to this matter.”

Martin wrote about the incident on his blog, davidmartin.education and calls for the “immediate and unconditional resignation” of Superintendent Robert Shaps, school board President Steve Warner and Vice President Paul Bulova.

He has posted an online petition calling for the resignations. The petition has about 215 signatures.

Thursday’s online session was organized “for sharing of ideas and suggestions on how we as a community can come together to deal with the recent uprise of racism in our schools.”