Coming into the 2016-17 season, both Mamaroneck and Suffern were recovering from major losses on their rosters. By season’s end, however, both were able to quell any doubts regarding their success by locking up the top two seeds in Division 1. Successful playoff runs have further proved that both teams mettle, and they now find themselves slated against each other for the second year in a row.

Section 1’s greatest hockey rivalry will be renewed on Sunday with both a sectional championship and regional berth on the line. The stage is set, here’s what you need to know.

How They’ve Fared Against Each Other This Season: The Tigers knocked off the Mounties, 3-0, at home on January 6, and again, 6-2, at Sport-O-Rama on February 3.

Outlook: Suffern has, uncharacteristically, scored five goals apiece in each of its sectional games to date. Seeing Tommy Spero protecting the net at the other end of the ice won’t be a reassuring feeling, though, and the Mounties will be hard-pressed to score five times (let alone three or four). The aforementioned Spero has been spectacular in his senior season for the Tigers, posting a 1.09 GAA (goals against average) alongside a .945 save percentage. He has a 15-1-1 record this season and will be looking for career win number 53 on Sunday against a familiar foe.

“We’re feeling great as a team right now,” Spero said following Friday night’s semifinal win. [The win against North Rockland] was huge, and we have to carry that momentum into the sectional championship. For us to win, we have to be humble and stay focused on executing the game plan.

Will the third time be the charm for Suffern, or will Mamaroneck get one step closer to its second consecutive state championship? 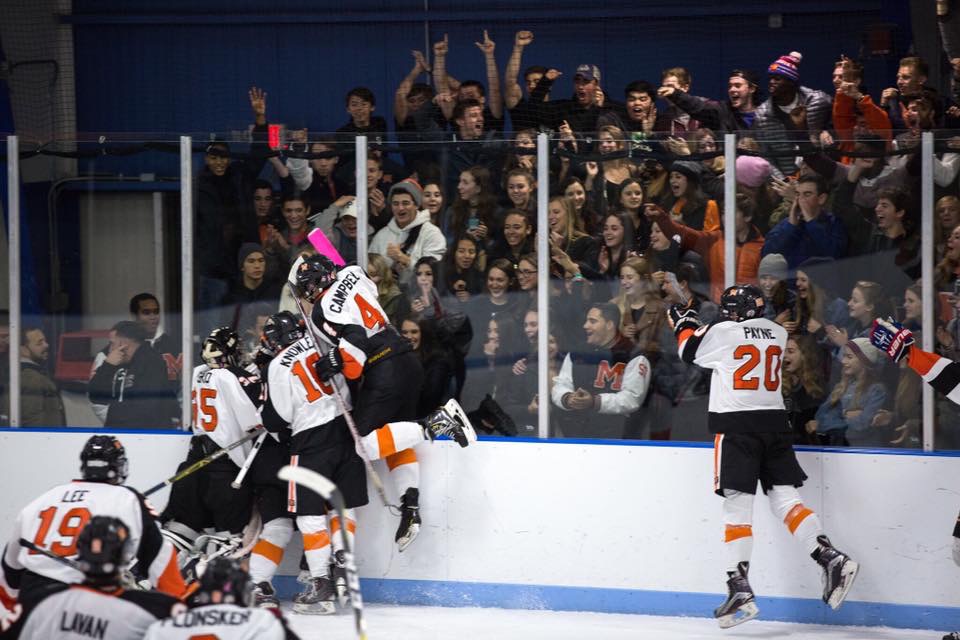