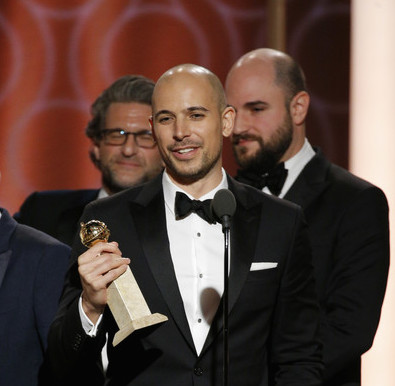 Submitted by The Center for Continuing Education

Fred Berger, Oscar-nominated producer of the hit musical La La Land and a Mamaroneck native, will be speaking as part of The Center for Continuing Education’s Notable Neighbors program on Wednesday, March 8 at 7:30 PM at his alma mater, Mamaroneck High School.

La La Land recently won a historic 7 Golden Globes and was nominated for a record-tying 14 Academy Awards®, including Best Picture. It has been a busy awards season for Berger, with La La Land also garnering 11 BAFTA nominations and taking top prizes at the Producer’s Guild, Director’s Guild, Screen Actors Guild, and NY Film Critics Circle, among others.

Berger graduated from Mamaroneck High School (MHS) in 1999 and will be discussing his film career, the Oscars, and Hollywood with his former MHS film teacher, Dr. Michael DiGennaro, who currently teaches Independent Film at The Center for Continuing Education.

“I didn’t realize at the time how formative my high school years were, and how vital they would be in defining my life and career,” said Berger. “I feel incredibly lucky to have grown up in a community that elevates the arts, and I’m thrilled to have the chance to thank ‘Dr DiG’ for infecting me with a love of film and storytelling.”

Proceeds raised by Berger’s appearance will fund ongoing programming and Notable Neighbor events run by The Center for Continuing Education, a non-profit organization in Mamaroneck that offered over 400 classes to 3400 individuals last year.