Coming Up: Haley Tanner at The Rye Library 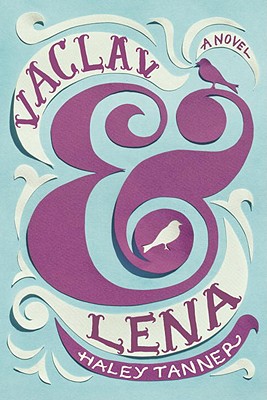 In Vaclav & Lena, two Russian immigrants seemed destined for each other. They meet as children in an ESL class in Brighton Beach, Brooklyn. Vaclav imagines their story unfolding like a fairy tale, or the perfect illusion from his treasured Magician’s Almanac. But one day, Lena does not show up for school. She has disappeared from Vaclav and his family’s lives as if by a cruel sleight of hand. For the next seven years, Vaclav says goodnight to Lena without fail, wondering if she is doing the same somewhere. On the eve of Lena’s seventeenth birthday he finds out. In Vaclav & Lena, Haley Tanner has created two unforgettable young protagonists who evoke the joy, the confusion, and the passion of having a profound, everlasting connection.

Tanner will read from Vaclav & Lena and talk about her experience writing her first novel.  A Q&A period and book signing will follow.
Praise for Vaclav and Lena:
“Wonderful and wrenching . . . Vibrant characters, believable romance and dark undertones make for a moving tale.”—The New York Times

“The magic Tanner makes is as dazzling as it is profound.”—Booklist
“This debut novel by Brooklynite Tanner about the inarticulateness of young love was preempted at the Frankfurt Book Fair, and rightly so. The author captures the subculture of the Russian émigré subculture in New York with verve and realism but infuses her two leads with such innocence and zeal that they become impossibly charismatic by the story’s end…. A terrific, enlightened debut that captures the fervor that hides in naïveté.”— Kirkus