Coming Up: Fitzsimmons to Tape Special at Tarrytown Music Hall 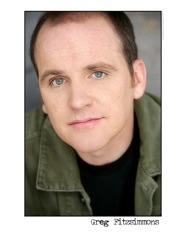 Mixing an incisive wit with scathing sarcasm, Greg Fitzsimmons has achieved success as a stand-up, Emmy Award winning writer and host on both radio and TV. Tickets ($35.75 plus applicable fees) are available at tarrytownmusichall,  or the Tarrytown Music Hall Box Office. Greg will be taping a new one hour stand-up special.

A regular with David Letterman, Conan O’Brien, Jimmy Kimmel, and Jay Leno, Greg has made more than 50 visits to “The Howard Stern Show”.  He also hosts “The Greg Fitzsimmons Show,” on Sirius XM’s “Howard 101” and twice a week puts out the hugely popular “FitzDog Radio” Podcast.

Greg hosts a series on The Speed Channel called “Pumped” and is a frequent panelist on “Chelsea Lately”.  His 2011 book, Dear Mrs. Fitzsimmons, climbed the best-seller charts and garnered outstanding reviews from NPR and Vanity Fair.

Greg spent five years as a panelist on VH1’s “Best Week Ever”.  He has two Half-Hour Specials on Comedy Central, and in 2008 Greg made his entire family proud hosting the 25th Annual “AVN Adult Movie Awards” on Showtime.

Writing credits include HBO’s “Lucky Louie”, “Cedric the Entertainer Presents,” “Politically Incorrect w/ Bill Maher”, “The Man Show” and many others.  On his mantle beside the four Daytime Emmys he won as a writer and producer on “The Ellen DeGeneres Show” sit “The Jury Award for Best Comedian” from The HBO Comedy Arts Festival and a Cable Ace Award for the MTV game show he hosted called “Idiot Savants”.

The Emelin is Back – Join the Virtual Celebration June 17