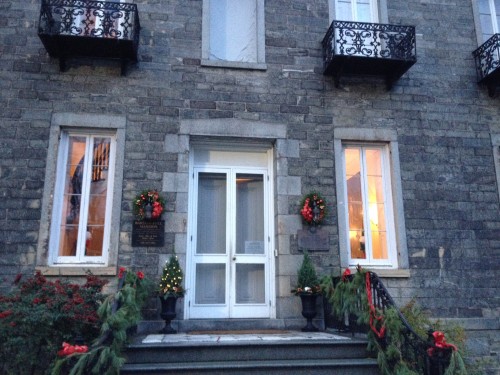 from the Bartow-Pell Mansion, Pelham/Bronx

WHAT:         Guitarist Jay Kauffman has performed to critical acclaim on stages from New York to San Francisco to Shanghai, and is a published composer whose works have been featured on National Public Radio. A graduate of Juilliard and the Cincinnati Conservatory Kauffman’s program, his concert—the first of the series—includes Mozart, Villa-Lobos, Merlin, as well as some of his own compositions.

WHY:           Escape the cold at the museum’s opening Winter Chamber Music concert the first of three—and enjoy a one-hour, intermission-free performance of high-quality music at an affordable cost. Kauffman’s music will appeal to both chamber music aficionados as well as those just getting to know classical music.

Press tickets are available for the concert. If interested in attending, please call Amy Cole at (917) 903-1964 or email amykerrigancole@gmail.com

ABOUT THE BARTOW-PELL MANSION MUSEUM

A New York City Landmark listed on the National Register of Historic Places, Bartow-Pell Mansion Museum (BPMM) is owned by the City of New York Department of Parks & Recreation and is a member of the Historic House Trust of New York City.  It is operated by the private, non-profit Bartow-Pell Conservancy. The Bartow-Pell Conservancy, originally known as the International Garden Club, was formed in 1914 by a group passionate about horticulture. That year, New York City gave them permission to use the Bartow family mansion on Pelham Bay in the Bronx, as their headquarters in exchange for restoring it, creating public gardens and programs, and preserving it for generations to come. The International Garden Club officially changed its name to the Bartow-Pell Conservancy in 2008 as well its membership model to that of a typical cultural organization. BPMM is located at 895 Shore Road, Pelham Bay Park, Bronx, New York. The mansion and carriage house are open to the public for guided tours on Wednesday, Saturday, and Sunday from noon to 4 p.m. The gardens and grounds are open daily from 8:30 a.m. to dusk.

Some great local music is dropping this summer, from a group and two solo artists who are recent graduates, or about to graduate from Mamaroneck High School.
Read more
Coming Up

theLoop is updating this list frequently. If you have something to add, please contact editor@larchmontloop.com, and we will publish it in this guide. All Sound Shore area high traffic businesses are encouraged to post here.
Read more

The scoop from theLoop right to your inbox!
theLoop typically sends a few emails a week. You can unsubscribe at any time.

You have successfully subscribed. YAY!