Coming Up: At The Emelin, Mamaroneck 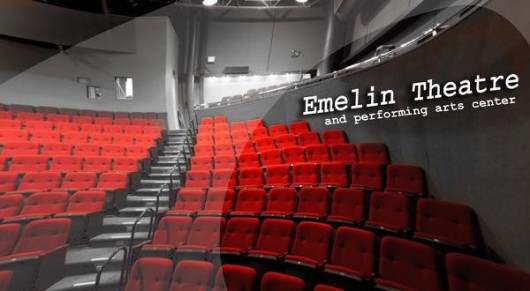 Some great shows in store for February at the Emelin.

Lavin and White encapsulate all that’s best about the American folk scene: heart-breaking one moment and laugh-out-loud funny the next, they’re unafraid to take a hard look at all the pain and beauty of life. Together they deliver an evening of comedy and song that peers into more facets of experience than one would think possible. – See more at: http://www.emelin.org/event/folk-all-music/christine-lavin-don-white
Charlotte’s Web:  Saturday, February 7, 2015 at 11AM & 1:30PM – Tickets $15

This heartwarming, live adaptation of E.B. White’s timeless classic returns again this season to the Emelin stage.  This treasured story explores as bravery, selfless love, and the true meaning of friendship. Ages 4+ – See more at: http://www.emelin.org/event/family/charlottes-web-1
Our Sinatra: Saturday, February 7, 2015 at 8PM – Tickets $45      This delightful tribute to Ol’ Blue Eyes comes to the Emelin after two sold-out national tours and a recent engagement at the famed Birdland. The original cast Eric Comstock, Christopher Gines and Hilary Kole are all critically acclaimed singers in their own right and have reunited for this production marking Frank Sinatra’s centennial year. – See more at: http://www.emelin.org/event/broadway/our-sinatra

Laurie Lewis and The Right Hands:  Friday, February 13, 2015 at 8PM – Tickets $37
Twice voted IBMA Female Vocalist of the Year, Laurie Lewis is not only a remarkably expressive singer, but a fine fiddle player and guitarist as well.  With feet in both traditionalist and newgrass camps, Laurie resists definition, but it’s undeniable that she has helped shape what bluegrass is today. – See more at: http://www.emelin.org/event/bluegrass-all-music/laurie-lewis-and-right-hands

The Emelin box office is open from 1 to 6pm, Wednesday to Saturday, and two hours before every show, and can be reached at 914.698.0098. Tickets and information on shows are also available on Emelin’s website at emelin.org.

Have you reopened? Never left? Want more customers? theLoop is the most effective and cost-efficient way to advertise your talents to 50,000 local readers every month.
Read more
Mamaroneck

Fitness Coaching Can Be Great for Older Adults

There is now an abundance of online programming marketed to the avid gym buff. Videos and infomercials offering the latest gadget or app with...
Read more