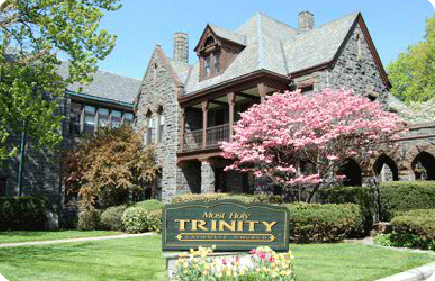 The cardinal’s action restores the church’s designation as a Roman Catholic sacred space and again provides the possibility for mass to be celebrated within the church.

Since May of 2018 when Cardinal Dolan ordered that Most Holy Trinity Church be “relegated to profane but not sordid use” (closed permanently,) parishioners have been working to reverse the decision with the assistance of a team of canon lawyers in the United States and Rome.

At the time Cardinal Dolan withdrew his closure decree the fate of the church was in the hands of the Supreme Court of the Holy See, the “Supreme Tribunal of the Apostolic Signatura.” The cardinal’s decision brings an end to the legal proceedings without a verdict being issued in the case by the court.

Cardinal Dolan’s action does not change the fact that the “Parish” of the most Holy Trinity has been merged with the “Parish” of St. Vito, nor does it automatically restore the celebration of regular mass at Most Holy Trinity Church. While often used interchangeably, the terms “parish” and “church” have entirely different definitions in canon (Catholic Church) law.

A nonprofit entity is being formed to raise all of the funds necessary to pay all future expenses associated with the care of Most Holy Trinity Church; if these expenses are not a burden to the Archdiocese of New York or St. Vito-Most Holy Trinity Parish no grounds will exist under canon law to permit the church’s permanent closure or sale in the future.

It is hoped that this effort will inspire others to take financial responsibility for other historic Catholic churches in order that the sacred spaces our ancestors built may continue to spiritually enrich the lives of future generations of Catholics.