The newest design of the proposed five-story condominium Centro Larchmont was unveiled at the Village Board of Trustees this week, but not everyone was happy with the new look.

For the last several months, an advisory committee, which includes Village Trustee Sarah Bauer, has met with developer Elk Homes’ team of architects, with the goal of finding a design that aligns with the committee’s view of the overall character of Larchmont.

Architect James Butterfield, of Perkins Eastman Architects, detailed the refined design features, including a setback of the fifth floor so that the building appears smaller in scale, and includes handcrafted brick patterns on the facade.

The downsizing changes came after some residents complained that original plan was too “massive”. The original project was to be 26 units, with a large garage extending onto Wendt Ave. Centro Larchmont will now offer 14 units and an automated garage housed within the structure.

Mayor Lorraine Walsh was pleased with new look. Referring to the brick patterns and composition the mayor said, “It feels lighter and fresher and I appreciate having that design esthetic on this building.”

Trustee Peter “Bubba” Fanelli, on the other hand, isn’t a fan of the new look. “It’s just brick on brick on brick. We can spin bricks and change the color of them but we’re building a big ole brick building in the front,” Fanelli said.

Fanelli complimented the changes made on the sides and back of the building, which include a pedestrian walkway and parking area, but thought the committee and architects failed with the front of the building.

“It looks like a hospital or school…We may want to think about adding something to make it look a little more special. You are in the heart of the downtown and it should look like something that represents the way the Village feels.” Fanelli said. The trustee also said, “It looks like Hommocks.”

The Board of Trustees plans to meet with the advisory committee before voting on whether to approve the project. That meeting is yet to be scheduled. 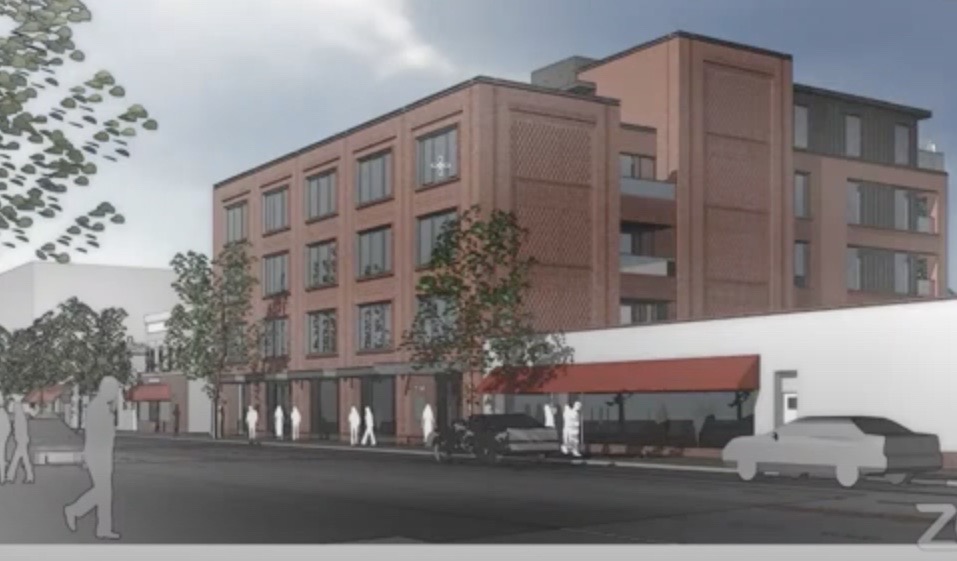 I agree with Peter “Bubba” Fanelli. The front lacks character. It sticks out like a sore thumb.

Hey *Bubba* Draw a design for them ~