Supply of Local Plants Down Due to Fungus 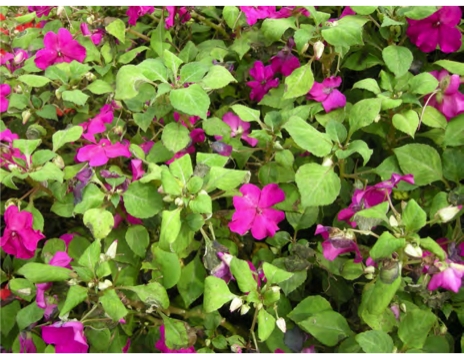 Westchester County–Two mainstays of the garden are threatened by deadly fungus infections this season: the much-loved, annual impatiens and the evergreen boxwood shrub. In Westchester these two plants have been reliable, perhaps overused, garden staples, especially for garden beds stuck in the shade, impatiens remains a top choice. And as an elegant, deer-resistent shrub, the boxwood has been a winner. 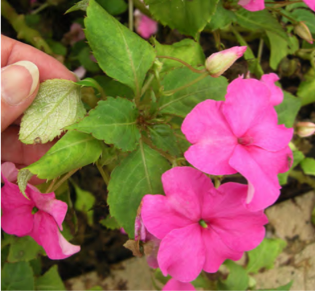 But now plant pathologists caution that impatiens is suffering from a terminal case of  downy mildew, a fungus spread by spores. So the supply of healthy plants in our area is low.

The symptoms of the disease are leaf-yellowing at first, and then leaves start curling down, and eventually the plants drop both their flowers and leaves. You may be able to see a white powdery coating on the underside of the leaves.

Sadly the disease attacks one of the most popular Impatiens varieties called Impatiens walleriana, as well as double-flowered impatiens, mini-impatiens, and the Butterfly and Fusion hybrids.

Good alternatives, says plant pathologist Margery Daughtrey of the Cornell Cooperative Extension, are the New Guinea and Fanfare impatiens, or a new variety, SunPatiens.  Also, you can substitute other shade plants for impatiens, such as various begonias, a wide selection of coleus, and hostas, which are perennial. Daughtrey also recommends shade-friendly browallia, caladiums, some salvias, and torenia, called wishbone flower.

In the case of “boxwood blight,” as the fungus is called, the disease seems to attack the classic English boxwood, Buxus sempervirens ‘Suffruticosa,’ which becomes severely disfigured with dark circles on the leaves and cankers on stems. This leads to leaf drop and eventually the shrub becomes so weak that it dies from other causes. Young plants are more vulnerable to the blight and it is spread by the movement of plants, cuttings, and tools that come in contact with infected plant parts. 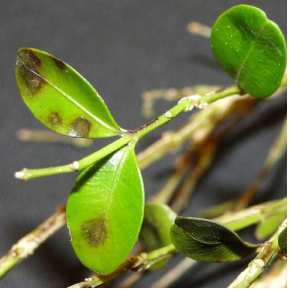 Help is on the way

It’s a tough time for those of us who love impatiens and boxwood, but there are lots of “plant doctors” who can help.

Photos of impatiens by Margery Daughtrey.