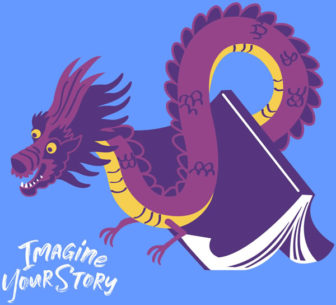 June 1 – August 31, 2020
Middle/High School students entering Grades 6- 12 in the Fall are welcome to register for Teen Imagine Your Story Summer 2020 programs
The summer reading lists for Hommocks, Mamaroneck High School &
Rye Neck Middle/ High School are linked to the library catalog, along with other suggestions for excellent teen titles & audiobooks. 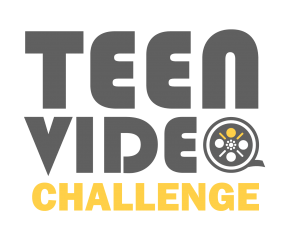 Five winners will be chosen and will receive: a $200 cash prize, and $50 worth of summer reading materials for their library! The Teen Video Challenge is an annual video contest and is open to all teens (librarian and teacher support is encouraged). The challenge is for teens to create a public services announcement-type video that shows their unique interpretation of the 2020 CSLP slogan “Imagine Your Story”. Videos are to be no longer than 60 seconds and should promote libraries and reading.
Videos will be accepted June 1 through August 7, 2020
Go to: http://www.summerreadingnys.org/teens/teens-video-challenge/ 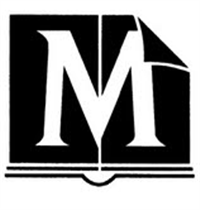 Wednesday June 3 @ 5 PM
Virtual Hand Sew Cloth Face Mask for Tweens/Teens
All you need is a needle and thread and a few things that you probably have around the house. Of course, these masks are not medical grade, but they will keep us all healthier by reducing the germs that we put into the air.
Register now to receive the workshop information
Registration is required via email to mamklibteens@gmail.com
Subject line: Hand Sew
NO SEWING EXPERIENCE REQUIRED 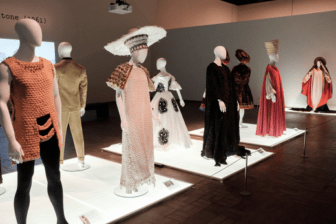 Enjoy lunch while listening to Patrice Giasson, Alex Gordon Curator of Art of the Americas, speak about a selection of works in Pier Paolo Pasolini: Subversive Prophet. Pier Paolo Pasolini (Italian, 1922–1975), was one of 20th century Europe’s leading intellectuals, known for his prolific work as a poet, writer, and film director. Pasolini railed against government corruption, materialism, consumerism, and political and social repression. A blunt and controversial figure, he often faced harsh rebuke. “To me, Pasolini was a subversive prophet, a civic poet, a barometer,” says Giasson. “He could talk about everything, including about the ways we behave, our sexuality, and our political inclinations. With Pasolini, nothing was off the table. He also understood and railed against the way Italy and the rest of the Western world were heading – into a uniform, universal, standardized society – even before the idea of globalization took hold. My hope is that through this exhibition, visitors will connect with the voice of a true humanist, who dedicated his life to making this world a better place in which to live.”

Neuberger Museum’s two-part exhibition, which opens with an exploration of Pasolini’s reception in the Americas (Brazil, Argentina, Mexico and the United States). The second part of the exhibition is devoted to Pasolini’s powerful creativity and features his poetry, novels, paintings, drawings, and films. Eleven costumes for Pasolini’s theatrical ventures, designed in Rome by Danilo Donati for Farani, including the one used by Pasolini in The Canterbury Tales, also are showcased.

Our Pier Paolo Pasolini: Subversive Prophet exhibition includes an introduction to the artist’s most important films and a selection of original film costumes designed in Italy by the internationally-acclaimed costume house Farani. Try to spot the costumes as you stream Pasolini’s films on YouTube or Amazon Prime. (OF NOTE: In March, The New Yorker recommended streaming “Love Meetings,” a documentary about Pasolini’s travels through Italy to interview a variety of people about their views on the topics of sex, prostitution, homosexuality and marital and non-marital relationships. (1965, Italian with English subtitles, 1h 32 min). Stream on Amazon and YouTube.

Register in advance for this webinar:
https://zoom.us/webinar/register/WN_gFq6LW9MyTdS6Y8BS1mxB-w 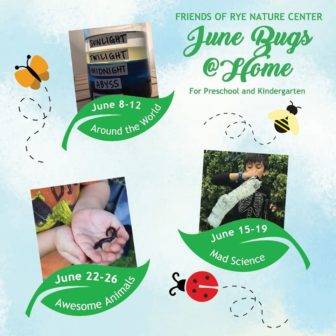 We have three weeks of fun planned for you and your child, including science experiments, art projects, outdoor exploration, and exciting animal experiences! Registration is available by the week. This program will guide you through outdoor lessons and provide supplemental virtual material.

We will help you each step of the way in facilitating a fun nature experience for your child. We look forward to being your partner and supporting you during this at-home camp experience.

Registration fee by household: $125 per family per week.

To make this simple for you, we will provide a packet detailing each day’s camp activities. Packets can be sent electronically or a physical copy may be mailed to you depending on your preference.

– Background information to familiarize you with the topic

– Guiding questions that focus on the learning goals for the lesson

Keywords related to the topic

Dr. Lawrence Faltz, former president of the Westchester Amateur Astronomers, will share the myths, legends, history and wonder of the night sky. Come and learn the fabulous tales about the constellations in our night sky. How did those creatures get up there, and how did some of them end up on the ceiling of Grand Central Terminal? This “One Book One Community” program is co-sponsored by the Mamaroneck Historical Society and Larchmont Library.

Register in advance for this meeting:
https://zoom.us/meeting/register/tJcpd-ysqj4qE9Da3iwMJTb2j9TLyqM9XBVk

After registering, you will receive a confirmation email containing information about joining the meeting. This is part of the ‘One Book, One Community’ series of events. 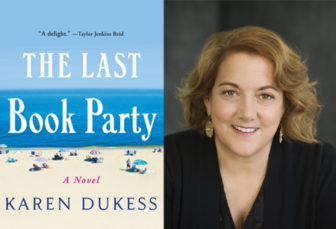 Join a native Larchmont resident and Mamaroneck High School graduate, Karen Dukess, as she discusses her debut novel The Last Book Party. Karen can sometimes be seen writing at both the Mamaroneck Public Library and the Larchmont Public Library! The Last Book Party is a propulsive tale of ambition and romance, set in the publishing world of 1980’s New York and the timeless beaches of Cape Cod.

Karen Dukess has a work history as eclectic as her taste in books. She has been a tour guide in the former Soviet Union, a newspaper reporter in Florida, a magazine publisher in Russia and, for nearly a decade, a speechwriter on gender equality for the United Nations Development Programme. She has blogged on raising boys for The Huffington Post and written book reviews for USA Today. She has a degree in Russian Studies from Brown University and a Master’s in Journalism from Columbia University. She lives with her family near New York City and spends as much time as possible in Truro on Cape Cod. The Last Book Party, which the New York Times called “a spare, bittersweet page-turner,” is her debut novel.

To join Karen Dukess for this live online discussion through Zoom, request an invite by going to www.larchmontlibrary.org/karendukess61120/. This program is cosponsored by the Mamaroneck Public Library. 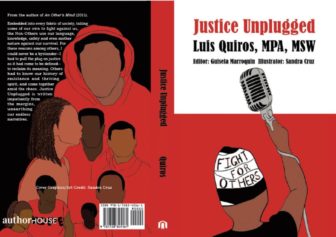 “Justice Unplugged is written impatiently from the margins, unearthing our endless narratives – pulling the plug on justice as it has come to be defined – and reclaiming its meaning. Embedded into every fabric of society, taking some of our own to fight against us, the Non-Others use our language, knowledge, safety and even mother nature against our survival. For these reasons, I could never be a bystander-Others had to know history of resistance and thriving spirit, and come together amid the chaos. Justice Unplugged incites action through its interdisciplinary analysis and its application of bridging street smarts to scholarship.” – Luis Quiros

Luis Quiros, is also a community organizer, activist, and educator. Quiros pursues justice aimed at dismantling that which promotes solutions that inflict pain and trauma on Others – against models that departmentalized justice when it requires hybridity and holistic frameworks. Discourse on these topics is also captured on talk radio podcasts indexed on justice unplugged.

To receive an email reminder of this event, please email lbhandari@wlsmail.org. 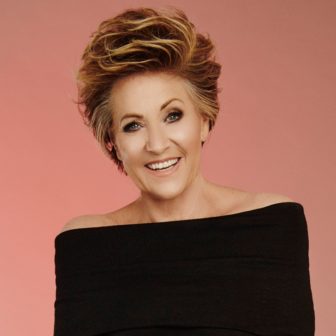 An Evening With Lorna Luft
Daughter of Judy Garland, Lorna has an extensive stage and concert résumé. She shares favorites from the Great American Songbook and more! Expect some songs made famous by her mother as well as stories from Hollywood, Broadway and beyond. 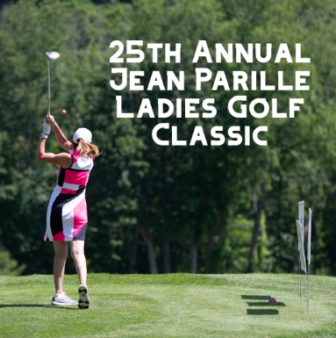 The Jean Parille Ladies Golf Classic is one of the top ladies’ golf tournaments in Connecticut and is held at award-winning Richter Park Golf Course in Danbury. All proceeds go to Ann’s place, a non-profit organization who provides free support services to families facing cancer. 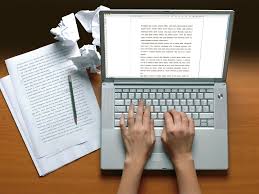 Mondays in July from 4-5 PM
Teen Writers Zoom Workshop Series: An Author Study with Jenny Theall
A new author or poet will be the focus for each session.
Background info on the writer, samples or excerpts, warm-up activity, inspiring video or archived poetry reading, writing prompt inspired by this specific author or poet, editing, ending with presentation of work and constructive feedback.
Registration is required via email to mamklibteens@gmail.com
Subject line: July Authors
NO WRITING EXPERIENCE NECESSARY

Ayurveda believes a balance of body, mind, and spirit will naturally result in a strong immune system that combats pathogens. Being out of balance results in a weakened immune system allowing illness to develop. Balancing our microbiome – the bacteria, viruses, and fungi that exist in our bodies – is critical to our health. And, nourishing not only our body, but also our mind and spirit is key to the health of our microbiome.

The topics covered will be:

 Ways to keep the microbiome in balance

 How to nourish our bodies with proper diet and nutrition – seasonally

With over 35 years’ experience as an Ayurvedic physician, Dr. Kaushik’s medical training is extensive.

Spring Crafts at Lyndhurst, celebrating 35 years as Westchester’s most beloved art and shopping experience at one of its most popular landmarks, returns to Tarrytown, NY on May 1-3, 2020. This semi-annual event features 275 of America’s best modern makers on the grounds of Lyndhurst, one of the country’s most beautiful historic estates. A full day art and shopping experience for the entire family including interactive puppet theater, delicious gourmet foods and concessions, hands-on demonstrations and more. Weekend pass $12; seniors $11; kids 6-16 $4, under 6 free. Rain or shine. No pets. Discount coupons and full details atwww.artrider.com 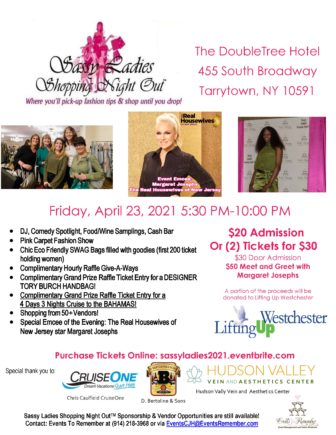 Sassy Ladies Shopping Night Out is celebrating 10 years! Join us for a wonderful evening on Friday, April 23, 2021 which will include…

This year a portion of the proceeds will be donated to Lifting Up Westchester, a not for profit with the mission of restoring hope to Westchester County’s men, women, and children in need by providing them with food, shelter, and support – and lifting them to greater self-sufficiency with dignity and respect.

A special thank you to our Sponsors: Chris Caulfield CruiseOne, D.Bertoline & Sons and Hudson Valley Vein and Aesthetics Center

For more information, please contact Events To Remember at (914) 218-3968 or EventsCJH@EventsRemember.com.