Building of the Week: Historic Wildcliff in New Rochelle to be a School 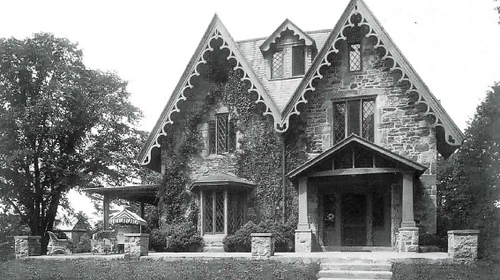 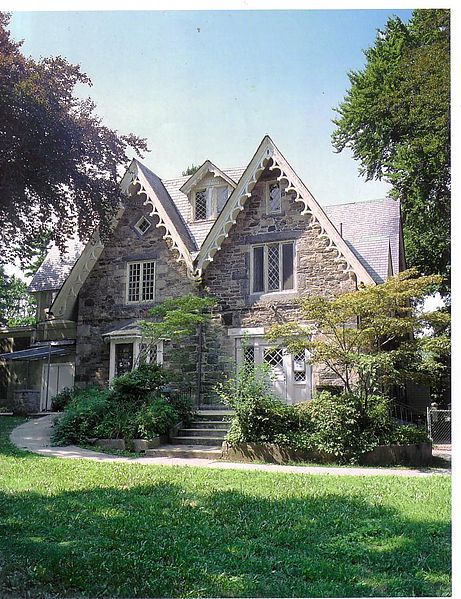 During spring break week, we are bringing back some popular posts:

The designer of Federal Hall (the Old Customs House) in New York and Lyndhurst in Tarrytown, designed some remarkable Gothic Revival houses in New Rochelle in the mid 1800’s.

Some of their photos can be seen if you scroll down here.

Wildcliff, or the Cyrus Lawton House, sits high atop a hill, overlooking the Long Island Sound at 44 Wildcliff Road in New Rochelle.

The 20-room house was built in about 1852; Tudor architectural feature were said to have been added later.

When Clara Prince, whose family acquired the house in 1913, donated Wildcliff to the City of New Rochelle in 1940, her intention was for it to be a destination for children to learn about science and nature. It was a Youth Museum for a time (1964-1981, when the New York Times did a story about its economic ruin),  then abandoned.

Wildcliff was added to the National Register of Historic Places in 2002. But it has continued to fall into ruin. 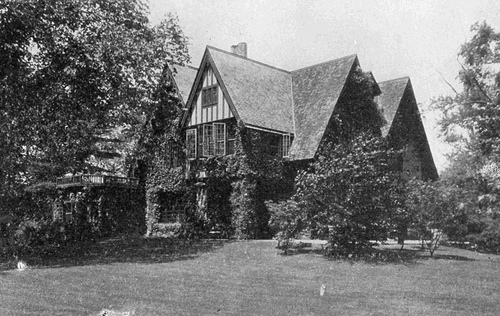 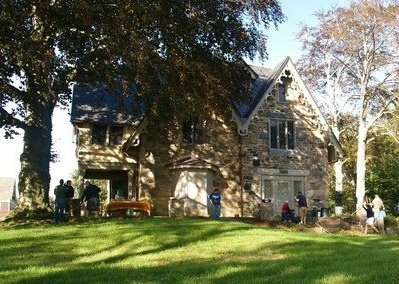 Enter Marie Inzinna of New Rochelle and Kerrilee Hunter of Bronxville, both educators. Says Kerrilee, “Marie and I both started as teachers; within a few years of working together people were telling us, ‘You should start a school!’  We knew we couldn’t be just anywhere, because children bring such amazing energy to a space and they deserve to have a space that fits their curiosity and need to discover.  One day Marie thought of Wildcliff–a place she went as a child when it was the Wildcliff  Youth Museum–and the pieces began to fall into place.”

Now, Jen’s Community at Wildcliff  has a board of directors, has hosted a few events to raise awareness, (including last Fall’s Harvest Festival) and will soon launch a capital campaign needed to refurbish the building and grounds and create a nursery school, gallery, office space and spaces for adult education. They will lease the building from the City of New Rochelle. 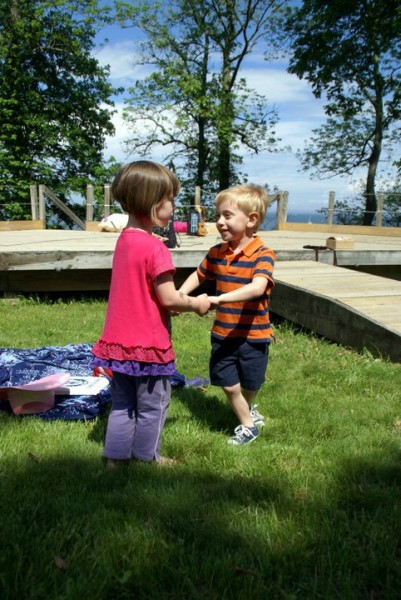 I hope it can be restored after the fire. It is too important a building to loose.

After the dismal destruction of part of Mamaroneck’s history earlier, this is a wonderful story! Our past history

After the loss of Mamroneck’s oldest building, it is heartening to read about the new lease on life for this charming New Rochelle building. Unfortunately, too man of us don’t value our historical heritage until it’s gone. Much success and thank you to Marie Inzinna and Kerrilee Hunter