Building of the Week: Garden Party

Have you ever wondered about this incredible massive stone structure on Orienta Avenue? Through this gate, at the turn of the 20th Century, which led to Waytes Court, rode American aristocracy. 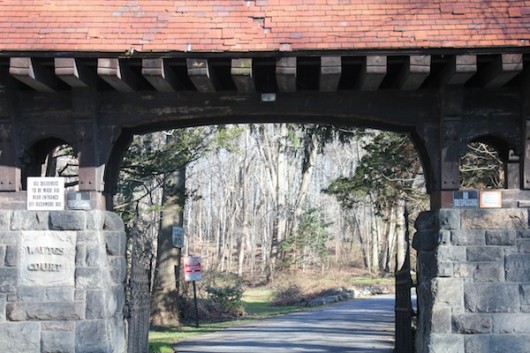 The New York Times article from 1908 reads, “Mrs. E.H. Weatherbee to Give a Bazaar at Her Mamaroneck Home,” Waytes Court, “one of the largest on Long Island Sound,” 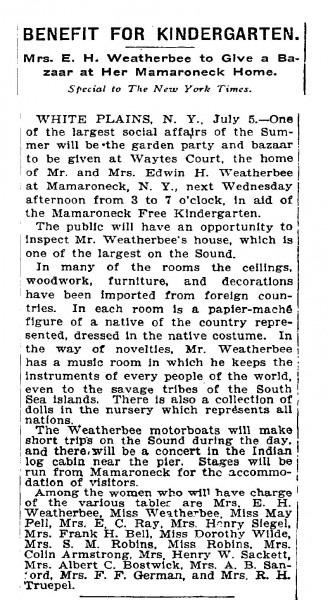 The 30 acre estate on Orienta Point some thirty acres, which was originally the property of the DeLancey family, was, according to one account where “Fenimore Cooper made it the scene of some of his
most celebrated novels.”

Today it is the entrance to and the site of the Westchester Day School. 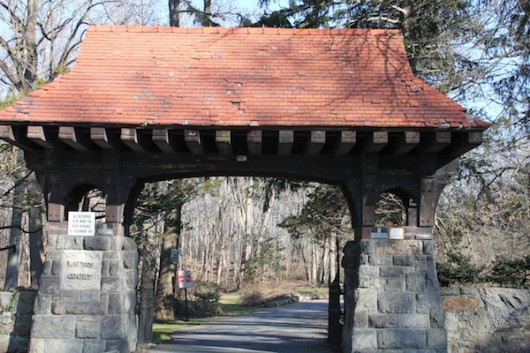